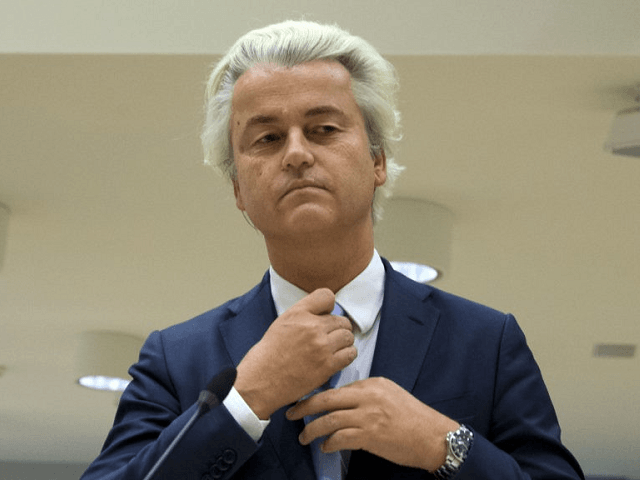 Geert Wilders: Let’s Stop the Cowardice, And Tell The Truth About Islam

This week, a documentary called “Wilders” premiered at DocFest, a film festival for documentaries in the British town of Sheffield.

The documentary is made by American film director Stephen Robert Morse. Although he does not agree with my political views, he at least tried to bring a balanced story, which is more than I can say of many Dutch journalists.

I allowed Morse and his team to follow me around for a few months. The documentary shows how, due to Islamic death threats, I have to live under 24/7 police protection, am being driven around in armoured cars, am obliged to wear a bulletproof vest whenever I have to speak in public, etc.

Some live in almost similar situations, such as Danish cartoonist Kurt Westergaard and his Swedish colleague Lars Vilks, British author Salman Rushie, Danish historian Lars Hedegaard, and others. In that sense, this documentary is also a tribute to them. What we all have in common is that we are on Islam’s death list. But what always strikes me is that I am the only elected politician on the list.

All politicians competing in elections claim to be standing for office with the goal of serving the people. But serving the people begins with telling them the truth. The truth about Islam is not a pleasant one.

How wonderful would it be if Islam were what most of our politicians claim it to be: a religion of peace. Wonderful, but naïve, for the truth is that almost all terrorist acts committed in the world today are committed in the name of Islam.

Many politicians do not tell the truth about Islam. Some find it much easier to parrot the politically-correct dogmas of the left. Others are afraid of having to live like me and Westergaard, Vilks, Rushdie, Hedegaard and others.

But I do not consider that a valid excuse. No-one is forced to be a politician, but if you do choose to do so, allowing yourself to be silenced by the threat of violence, means that you allow the violent side to win. And that is something no democratic politician should ever do.

Over the past decades, the threat of terrorism in the West has steadily grown. This growth has everything to do with the growth of Islam in our democratic societies. Politicians who refuse to see this reality are not just fooling themselves but also endangering the citizens. That is why today everyone is on the death list of Islam.

We are all at risk now. And this is totally unacceptable. People have the right to live safely in their own towns and cities. That, too, is a basic human right.

In my opinion, it overrides the rights of the followers of Islam in our society to live according to their so-called religion. The West should not grant Islam the freedom to abolish the freedoms of the West.

There are already plenty Islamic nations in the world, such as Saudi Arabia, Iran, Pakistan, where Sharia is the law of the land. Why don’t those who want to introduce Sharia in our land just move there?

Sooner or later, even those politicians who still prefer to look away from the problems will be forced to face them. Meanwhile, however, we are losing precious time. And the present governing elite is entirely to blame for that.

The more Islam it allows into our country, the less free we will become.

In my country, the Netherlands, we are currently in the process of forming a government coalition. Although my party, the Party for Freedom (PVV), has become the second largest party in parliament, the Liberal Party (VVD) of the outgoing Prime Minister Mark Rutte, which managed to remain the largest party despite suffering heavy losses in the 15 March 2017 elections, refuses to form a government with the PVV.

So does the third party, the Christian-Democrats (CDA) of Sybrand Buma. This has resulted in political gridlock, making it virtually impossible to form a majority government.

Earlier this week, both Mark Rutte and Sybrand Buma wrote a letter explaining why they refuse to cooperate with the PVV. They do so, they write, because they consider the PVV to be “radical.” It is not the PVV, however, which is radical; it is Islam.

Let us stop the cowardice. Let us reject political correctness. As General Patton said: “The coward is the one who lets his fear overcome his sense of duty.” I will keep doing my duty. Probably again as leader of the opposition. And I will keep speaking out, whatever the price may be. I will fight the Islamization of my country and defend its freedom. Without compromise and with determination, conviction and strength. Always.

Geert Wilders MP is leader of the Party for Freedom (PVV) in The Netherlands.