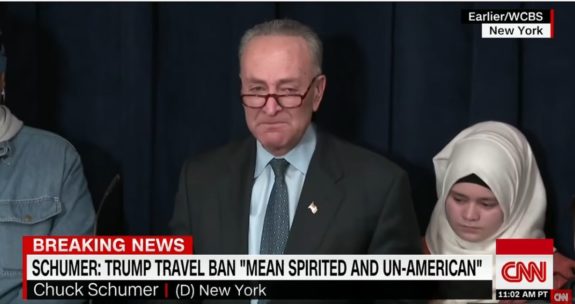 Chuck can’t believe President Trump has not released his agenda for his first sitdown meeting with Vladimir Putin.

It’s baffling that @POTUS doesn’t have a specific agenda for the Putin meeting. Here are the first few things that come to my mind:

Among other things – Crying Chuck scolded President Trump for Putin’s move to invade and annex Crimea.

Putin’s occupation and annexation of Crimea.

In response to the invasion the US prevented Russian and Crimean officials from traveling to the US.
What a joke.