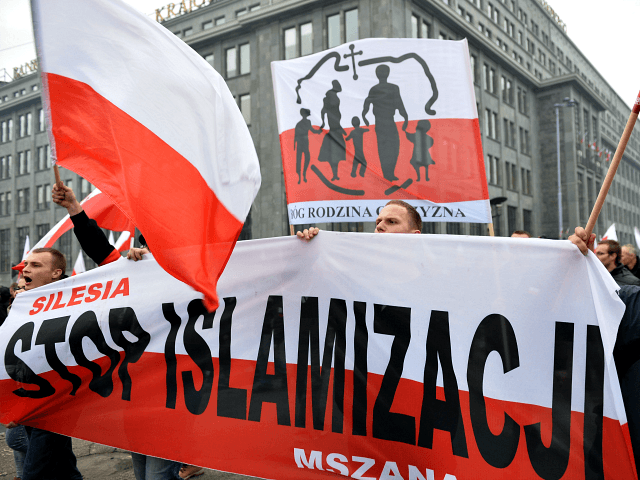 Poland Tells EU: We’ll Take Immigrants from Europe – But Not North Africa and the Middle East

Polish Foreign Minister Witold Waszczykowski has said his country is welcoming migrants from its poor and conflict-stricken European neighbours, but will resist the European Union’s efforts to impose a compulsory quota of migrants from North Africa and the Middle East.

“Poland is open for migration. And last year, for instance, we issued 1,267,000 visas for Ukrainians. Half of these visas were work permits,” Waszczykowski told Russian media in a bruising interview reproduced by the Daily Express.

“We are also open for migration not only from Ukraine but also from Belarus and other countries, [but] we do not want to participate in the mandatory process of relocation of migrants coming from the Middle East and Africa.

“We do not want to implement the decision of the European Union taken in September of 2015.”

Poland would rather take sanctions than migrants. https://t.co/3KerV5ieEm

Waszczykowski’s words echo those of the President of the Czech Republic — which is also resisting the EU’s attempts to impose migrant quotas — in February 2017.

Miloš Zeman said he had “nothing against immigrants who come here to work and who have similar language and similar culture like ours”, citing the Ukrainian community and even the Vietnamese community as having the right attitude towards their host nation.

“[But] I do not want immigrants who come from other cultures who come for social benefits, not because of work,” he continued, adding: “Muslims should remain in the countries where they live [and] they should work in them, and they should not go to Europe, where they do not want to work.”

Hungary will welcome “true refugees” from Germany, France etc. who want “to find the Europe they have lost” at home. https://t.co/s1heaHtC3B

Hungarian premier Viktor Orbán — the de facto leader of the group of Central European states resisting what the EU’s attempts to execute the Soros Plan to distribute migrants throughout the continent — has gone even further, wryly suggesting that he will open his country’s doors to “true refugees” fleeing multicultural Western Europe.

“Germans, Dutch, French and Italians, terrified politicians and journalists who here in Hungary want to find the Europe they have lost in their homelands,” he said.