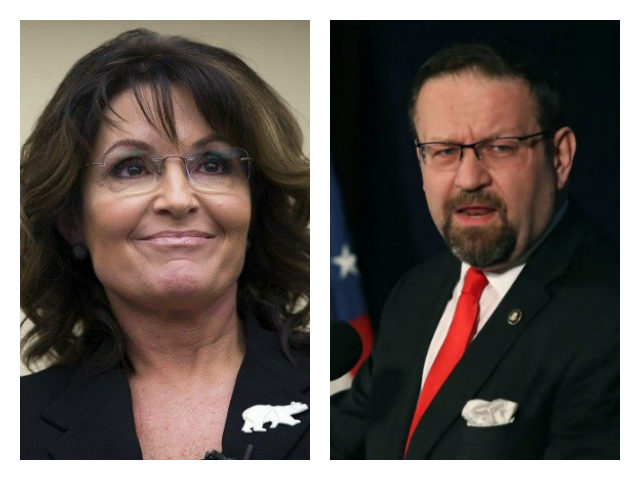 “President Trump told me he is still committed to the original MAGA [Make America Great Again] agenda,” Gorka, a former deputy assistant to President Donald Trump, who has since left the administration, told Breitbart News on Tuesday morning. “We are here to support him in a time when he is surrounded by people who had nothing to do with the success of November 8 and the true MAGA agenda.”

Gorka added that he plans to back all candidates who are just as anti-establishment as Donald Trump was last year.

“Donald Trump was the quintessential anti-establishment candidate,” Gorka said. “The right- and left-wing elite are trying to undermine the people’s choice for president. We will work with any American who has had enough of the Swamp’s ‘business as usual’ attitude and their elitist policies.”

Gorka, Axios’ Jonathan Swan, and Mike Allen reported on Tuesday morning, has joined a group called the MAGA Coalition. MAGA Coalition, along with Great America Alliance, is co-sponsoring Thursday evening’s Palin-Gorka rally in Alabama. The new group MAGA Coalition will feature Gorka as “chief strategist,” which was the title that Stephen K. Bannon had when he was in the White House; Bannon is now back at Breitbart News and is also supportive of Moore’s candidacy in Alabama.

This is obviously significant because on Friday night President Trump is campaigning for Luther Strange, the establishment candidate whose incumbency in the Senate came under entirely questionable circumstances when he was appointed by now-former disgraced ex-Gov. Robert Bentley. Strange was the attorney general of Alabama and was investigating the governor for a corruption and sex scandal over which the governor eventually resigned. But first, the governor appointed Strange into the Senate seat vacated by now-Attorney General Jeff Sessions after Strange asked the Alabama legislature to hold off on impeachment proceedings and before the governor was eventually forced to resign.

Notably, the same Washington establishment forces that tried to stop Trump from getting elected last year are trying to help Strange defeat Moore.

“A month ago, Gorka and Steve Bannon were working in President Trump’s White House,” Allen wrote in Axios. “Now they are preparing to go head-to-head against the president to support an anti-establishment candidate who is loathed by the same establishment that originally loathed Trump.”

Details about the Gorka-Palin rally time and location are forthcoming, event organizers told Breitbart News. But Gorka’s hitting the campaign trail is a huge development.