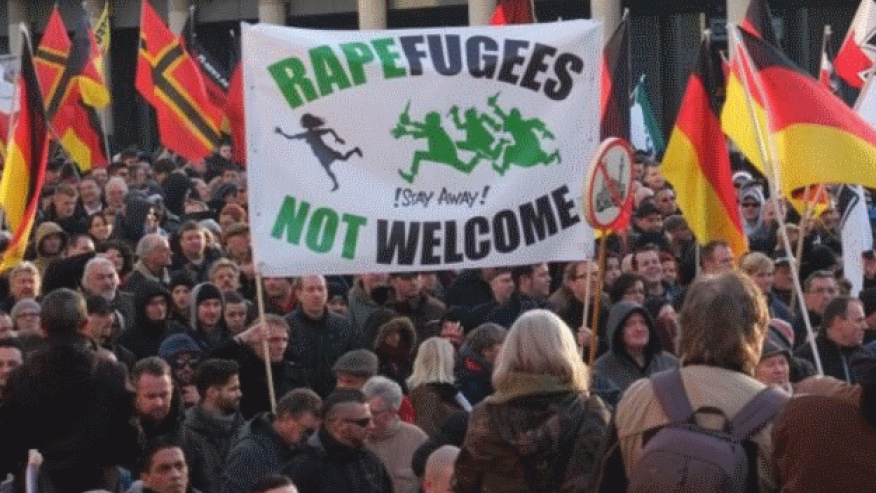 Criminal migrants on one side, female victims on the other – guess which side the German media took?

According to statistics released by the Interior Ministry of the southern German state of Bavaria, the number of registered rape cases rose by 48 percent in the first six months of 2017. The rapes committed by migrant suspects showed a rise of over 90 percent.

The revelations came as Munich, the capital city of Bavaria, was rocked by yet another brutal rape. Three Afghan migrants reportedly raped a 16-year-girl on her way back from school.

With criminal migrants on one side and helpless women victims on the other; guess which group the German media decided to defend? Revolting as these number are, the media chose to downplay the rape statistics and sided with the migrant attackers.

Germany’s state-funded broadcaster Deutsche Welle argued that “Foreigners [are] more likely to be accused,” and added that “a suspect is not a perpetrator.”

Quote a ‘legal expert’ the leading German newspaper Die Welt suggested that maybe the German women victims were charges too often: “The sharp rise in crime numbers could also indicate an increased willingness to press charges.”

Broadcaster Deutsche Wellereported the findings of the Bavarian Interior Minister:

There has been a sharp rise in the number of sexual assaults reported in Bavaria this year and many of the accused offenders are foreigners. (…)

It is rare that a cabinet meeting in the Bavarian chancellery makes headlines across Germany. And when the state’s interior minister, Joachim Herrmann, presented Bavaria’s latest crime statistics on September 12, they seemed quite positive: fewer break-ins, less theft – so far so good. But then came the bombshell. The number of rapes reported in the first half of 2017, he said, had increased by some 50 percent. Herrmann reported that 685 cases had been filed since the beginning of the year and that 126 of those involved foreign attackers. That particular statistic represents a rise of 90 percent over the same period last year, with 60 more cases having been registered in 2017. (…)

After presenting his statistics, Bavarian Interior Minister Herrmann was quick to add that “our goal is to more effectively target perpetrators of sexual assault, also in asylum centers.” He continued by saying that one part of that targeting was “effectively limiting immigration and being consistent about deporting those who have been denied asylum.”

Nevertheless, the minister was unable to provide any explanation for the statistical rise during the cabinet meeting. “Our police experts are currently working on a detailed analysis of the data,” said Herrmann.

Illegal migrants or asylum seekers account for 11 percent of all rape suspects in Bavaria. This figure is especially horrifying given the fact that these recent migrants — that came to Germany in the wake of the Migrant crisis — make up less than 2 percent of total German population.

These figures hide more then they reveal. They do not include migrants who have acquired the German citizenship, nor do they include the second-generation immigrants. All these groups are lumped together as “Germans” in the crime statistics.

Germany took in more than a million migrants since 2015, most of them men from Arab and Muslim countries. With Chancellor Merkel set to win the Sunday’s general election and pursue her policy of open borders for illegal migrants, Germany could expect a further worsening of the crisis.