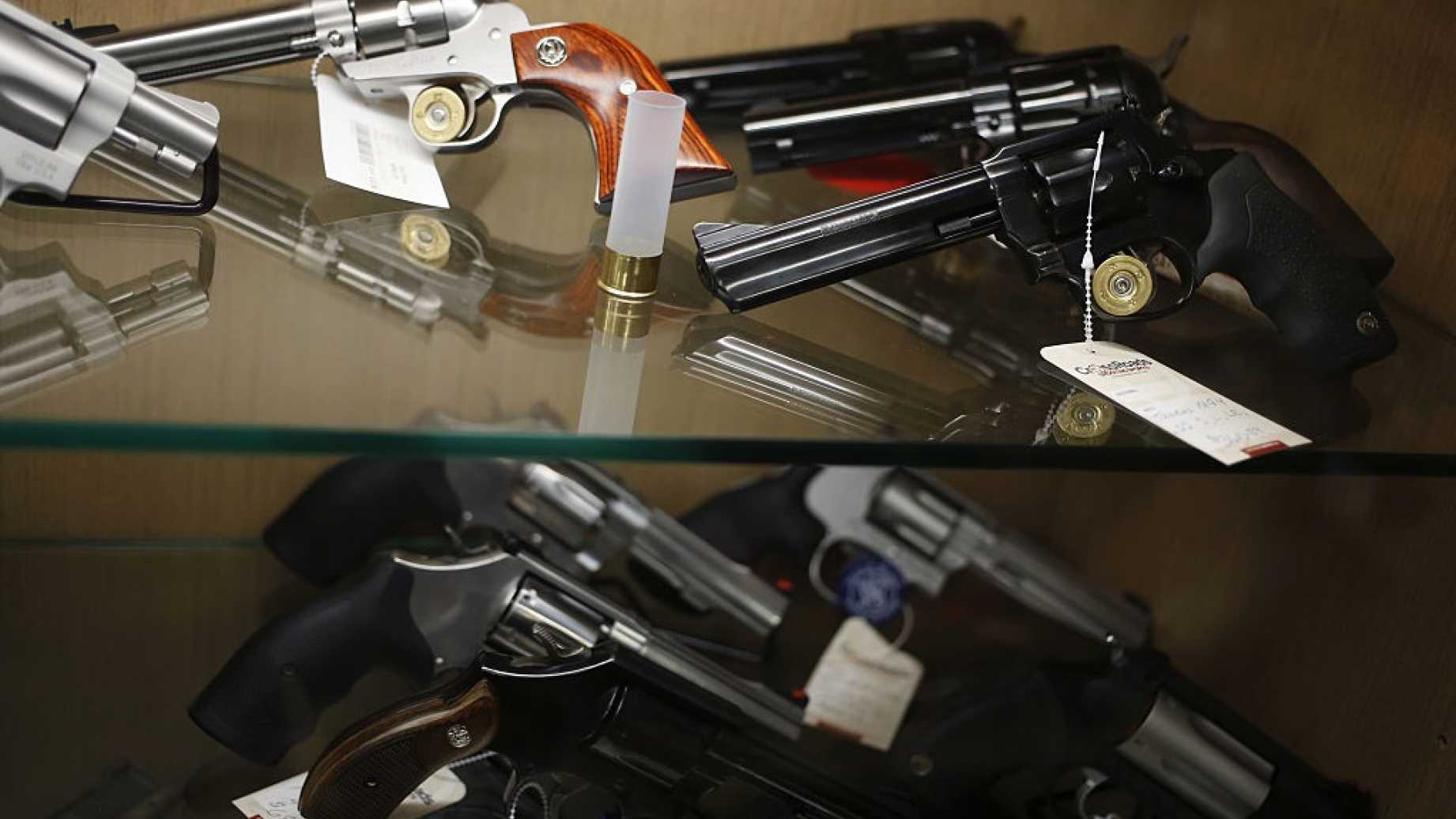 Yes, Government Tyranny Can Happen, And Yes, An Armed Citizenry Is The Best Deterrent

@tylerdahnke
! Matt Taibbi, author and political columnist for Rolling Stone, is back at it this week with a blisteringly ignorant take on our nation’s gun laws. You may remember Mr. Taibbi from his 2005 essay, “The 52 Funniest Things About The Upcoming Death of the Pope,” which he claimed was written “in the waning hours of a Vicodin haze.” Or perhaps you’re more familiar with one of his other repugnant works, like “Andrew Breitbart: Death of a Douche,” which he wrote in the immediate aftermath of Breitbart’s tragic passing (and which I refuse to link to here). Or maybe you’re unfamiliar with his writings but recall his violent outburst in 2010, when he accosted journalist James Verini, throwing hot coffee on him after Verini insulted his writing.

In the end it doesn’t really matter what you remember him for. What’s clear is that this isn’t someone we should look to for moral guidance.

His latest entry, “The Gun Lobby Is Down To Its Last, Unconvincing Excuses,” is exactly what you would expect from someone so morally deficient and detached from the American public. Throughout his article, he misrepresents mass shooting data, asserts that Republican politicians don’t really believe in the Second Amendment (they just want to stuff their pockets with blood money), openly bashes the NRA and its members, accuses Antonin Scalia of racism, makes the same tired “it’s only for a militia” argument, and naively suggests that an armed populace provides no deterrent against government tyranny.

Most of his dusty arguments have already been addressed and soundly defeated, so it’s his last point, that the threat of tyranny isn’t a reason to maintain an armed citizenry, that I focus on here.

In his assessment of those he disparagingly describes as “heroic tyrannophobes,” Taibbi suggests that hypocrisy undercuts the argument to bear arms. While George W. Bush was increasing surveillance after 9/11 (the irony in omitting that Obama increased surveillance even further is overwhelming), he claims protesting gun enthusiasts were nowhere to be found. Taibbi, with his misguided understanding, seems surprised that we gun-toting, bitter-clingers didn’t rise up and try to overthrow the government while liberties were being stripped.

And this shows the critical error in his understanding of our argument and the general purpose of the Second Amendment: Taibbi seems to think that Americans want AR-15s so that we can someday take on the U.S. Military in glorious battle, but that’s just not the case. We Americans don’t want to keep our guns so we can overthrow the government; we want to keep our guns so we never have to.

In the United States, we have just under 1.3 million full-time military personnel. We have another 800,000 in the reserves. Nationwide, our police forces have approximately 1.1 million members. Knowing that, ask yourself, what government, in its right mind, would attempt imposition of complete tyranny or authoritarianism on a population of 320 million people, bearing 300 million firearms, with only 3.2 million armed personnel? I’d hazard a guess that if it did ever come to blows, most uniformed citizens would stand with the public anyway. Government leaders understand this. They fear their populations, and they should.

Is it troubling that Bush and Obama supported legislation that permits the NSA to collect data on American citizens? Yes, absolutely, but we have democratic powers as citizens that enable us to elect legislators. The public is, by proxy, capable of reigning in government surveillance if that’s what we the people choose to do. But are law-abiding gun-owners prepared to overthrow a government, whose founding principles they believe in, over the NSA? Not a chance; theoretical tyranny is not the same as actual tyranny. Disarmed populations may not immediately experience governmental oppression in all cases, but the vulnerability of the citizenry is unquestionably amplified.

As long as Americans are armed en masse, there will never be an Adolph Hitler here. Nor will there ever be a Mao Zedong or a Joseph Stalin. But take 300 million guns (in itself, an impossible task) out of the hands of law-abiding Americans, and the government may one day no longer serve at the pleasure of the people. Matt Taibbi, who I doubt has ever shot a gun, can give his rights up if he’d like, but he cannot force me to do the same.