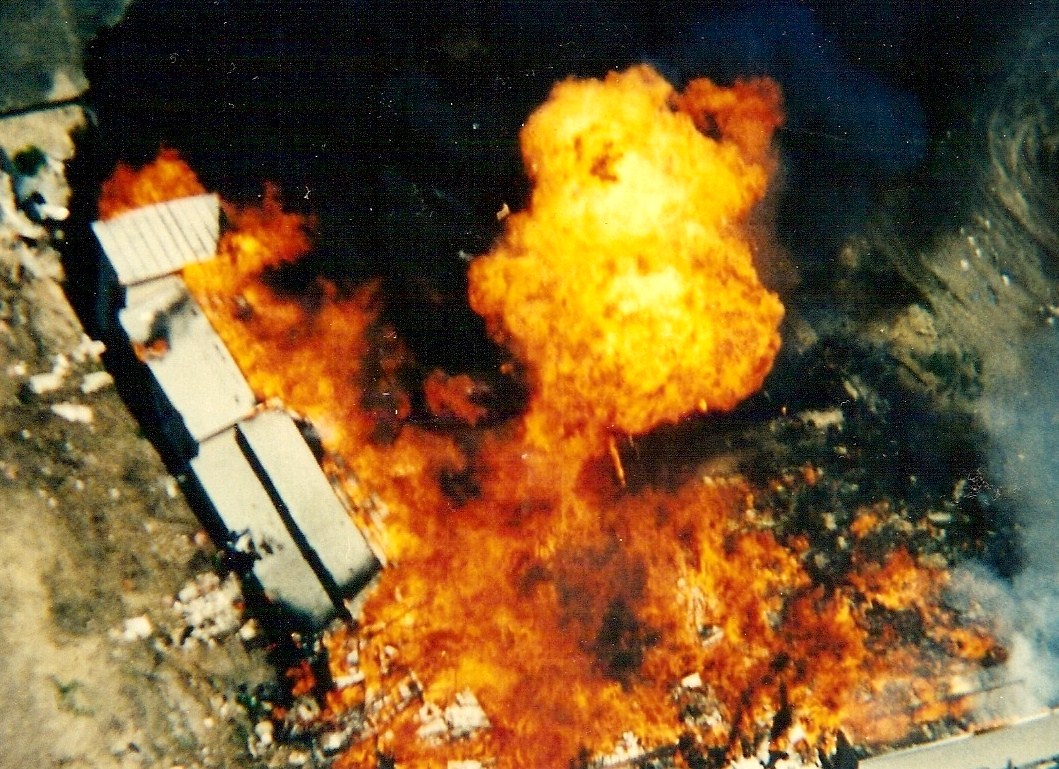 Never Forget: The US Gov’t Carried Out the Largest Church Massacre—24 Years Ago, In Texas

On Sunday, a horrifying tragedy unfolded as a mass shooting terrorist walked into a Texas church and began slaughtering innocent women, men, and children. The massacre left 26 people dead, according to police, including an unborn child who died inside his pregnant mother.

On Wednesday, the names of the deceased were released along with the heartbreaking photos of the children, two of which were only 5 and 7-years-old. The tragedy is being dubbed the deadliest mass shooting in Texas history.

Sadly, there have been many deadly massacres which have taken place inside places of worship. From the 16th Street Baptist Church bombing to the Charleston Church shooting to Sutherland Springs, over the years, psychotic terrorists have gone into churches and indiscriminately taken innocent lives.

Now, some of those in the mainstream media are calling Sutherland Springs the deadly massacre in a church in US history. However, the actual largest church massacre in history had a far greater death toll.

The US government carried out the deadliest church massacre in history and it led to the deaths of 82 men, women, and children. It all came to a violent end 24 years ago in Texas.

Our source material comes from the FBI’s own vault, which contains two files on the case against Vernon Howell, also known as David Koresh. Koresh was the leader of the “Branch Davidians Seventh Day Adventists.” According to the FBI case file, Koresh was believed to have been holding people against their will at his compound in Waco, Texas, potentially guilty of “involuntary servitude and slavery” charges.

In 1992, Child Protective Services (CPS) was called in to investigate the accusations. After a thorough investigation, CPS concluded no one was being held at the compound against their will, nor any child abuse, and the federal prosecutor, who reviewed the report, saw no reason to prosecute Koresh. On October 16th, 1992, the FBI closed the case against Koresh and the allegations he was abusing children and holding his followers against their will.

Still, however, the FBI proceeded with investigating other allegations the Branch Davidians had converted semi-automatic AR-15 (assault) rifles into fully automatic ones, a violation of federal law. Also alleged was that the group was planning a mass suicide. The FBI concluded, “no information has been developed to verify the accuracy of the allegations.” Still, the FBI put local law enforcement on notice.

Despite having no concrete evidence Koresh, who some have said was delusional, had violated anyone’s civil rights, or abused any children, the investigation into the weapons violations continued. The Bureau of Alcohol, Tobacco, Firearms and Explosives pursued the allegations the group was stockpiling weapons and explosives. According to the ATF,  the bureau found:

136 FIREARMS, INCLUDING ASSAULT RIFLES AND HANDGUNS

700+ MAGAZINES FOR THOSE FIREARMS

400+ EMPTY M31 RIFLE GRENADES, ALONG WITH BLACK POWDER AND OTHER

Wishing to further investigate the compound’s armory, the ATF secured a search warrant and attempted to raid the compound on February 28th, 1993. The Davidians, possibly feeling they must protect their home, property, and persons from the intruders, opened fire on the federal agents, an action which led to the deaths of several ATF agents and compound members.

FOUR ATF AGENTS (SA TODD MCKEEHAN, SA CONWAY LEBLEU, SA ROBERT WILLIAMS AND SA STEVEN WILLIS) WERE KILLED; 20 ATF AGENTS WOUNDED FROM GUNSHOTS OR SHRAPNEL AND 8 SUFFERED OTHER INJURIES. SIX DAVIDIANS WERE ALSO REPORTEDLY KILLED AND FOUR WOUNDED FROM GUNSHOTS, ALTHOUGH THIS COULD NOT BE FORENSICALLY PROVEN BECAUSE OF THE LATER DESTRUCTION (BY FIRE) OF THE COMPOUND.

The raid initiated a 51-day standoff with the ATF as well as the FBI. Koresh released 24 members from the compound, who were mostly children, and continued the stand-off with authorities which was broadcast daily across the country until day 51 arrived. On that day, the government brought in heavy equipment and penetrated the compound with a tank-like machine which pumped the compound full of CS Gas. What happened next, in the minds of many who saw it, can only be likened to a horror film.

The compound became ablaze with a roaring fire. The all-consuming inferno killed 76 people who were huddled inside. Later, it was determined many of those who’d perished were also shot by firearms. Researchers, who later investigated the incident, concluded federal agents were observed shooting from the compound’s grounds into the building already set ablaze by fire. While the official government narrative is those individuals committed suicide, the researchers were able to demonstrate they were likely killed by automatic weapons fired by federal agents, possibly killed as they were attempting to flee their burning compound.

To this day, the ATF maintains the fire was, “set by cult members, as law enforcement attempted to force them out by introducing tear gas into the building.” And for years, following the fiery destruction of the compound, the FBI maintained the same story line. \

However, in 1999, then-Attorney General Janet Reno made the following admission, “I am very, very troubled by the information I received this week suggesting that pyrotechnic devices may have been used in the early morning hours on April the 19th, 1993, at Waco. At this time, all available indications are that the devices were not directed at the main wooden compound, were discharged several hours before the fire started, and were not the cause of the fire. Nonetheless, it is absolutely critical that we do everything humanly possible to learn all the facts as accurately as possible and make them available to the public and Congress.”

Those facts, according to some of the survivors of the fire, who were inside at the time the fire broke out, are undeniable. They are convinced the government used incendiary devices to set ablaze the tear gas which had been pumped into the building. And they’re not alone.

According to CBS News, “Independent filmmaker Michael McNulty came upon some evidence that appeared damaging to the government. He found a shell casing from a certain type of tear gas round that could start a fire – a device the Justice Department had denied using for more than six years – publicly and to Congress.”

That shell casing led to Reno’s acknowledgment, but the government still has not taken full responsibility, as Reno denied the devices were used to penetrate the building. Questions still remain as to why they would be used at all.

Even though it was later determined Koresh had, indeed, molested children, and was by all intents and purposes a pedophile of the worst kind, the fact remains. The government used gas and allegedly fired on its own people which either directly or indirectly led to the deaths of 76 people — inside a church. Sadly, there was no outcry and this incident serves as a brutal reminder of what can happen when the US government makes up its mind to take out those they disagree with.