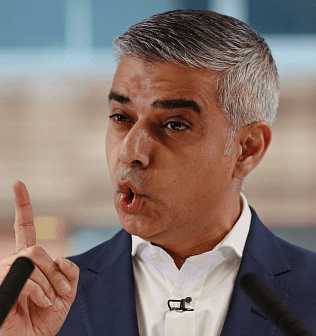 London’s left-liberal mayor is issuing detailed guidance to developers calling for “gender neutral” toilets to “reflect the incredible diversity” of the capital.

Labour politician Sadiq Khan declared he had “vowed to be a mayor for all Londoners”, and was “determined to ensure that everyone has the ability to enjoy our great city to its fullest”.

The former lawyer, who is known in the U.S. for representing the anti-white, anti-Semitic Nation of Islam leader Louis Farrakhan, and was accused of courting Islamists during his election campaign, indicated that he sees toilets as a very important battleground in the fight for social justice.

“Toilets are a vital public service,” he declared, describing how, in his view, they “can help to shape the experience of the capital” for residents and visitors.

“We need a range of toilets that reflect the incredible diversity of this city — giving people the confidence to move around London with dignity,” he added.

From U Alberta: “Prioritize the rights and needs of trans, non-binary, and non-heterosexual people in policy and design decision-making.” pic.twitter.com/D7d5D9EUOB