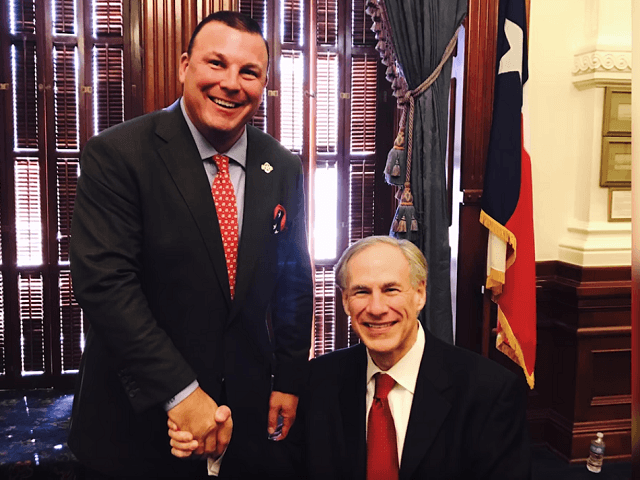 The Dallas Police Officers Association PAC endorsed Texas Governor Greg Abbott in his bid for re-election. The nod comes on the same day Dallas County Sheriff Lupe Valdez announced her run against the incumbent governor in 2018.

Frederick Frazier, 1st vice president of the Dallas Police Association PAC praised the governor for his commitment to increasing public safety and for building a strong relationship between law enforcement officials and their communities, according to a statement provided to Breitbart Texas by the Abbott for Governor Campaign.

“Governor Greg Abbott has been a true advocate for law enforcement in Dallas and throughout our state,” Frazier said. “He has strengthened protections for our officers in the line of duty, and has worked to make sure we have the resources to better serve our communities. Texas needs four more years of Governor Greg Abbott to ensure our officers here in Dallas have the support they need to keep our communities safe.”