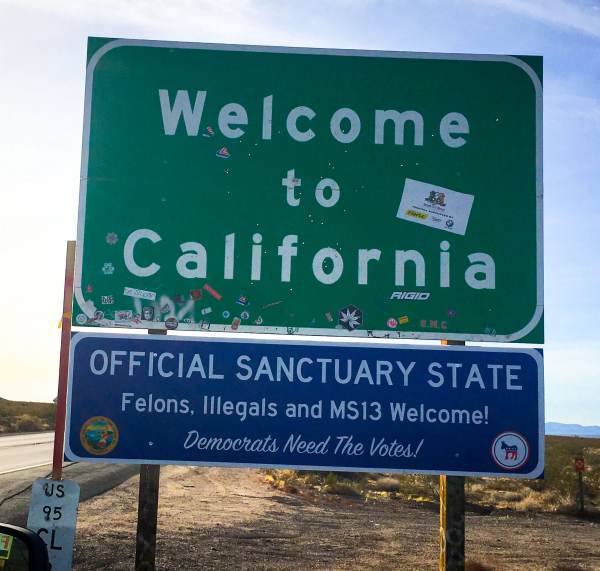 California will take the next step in blurring the lines between citizens and non-citizens beginning April Fool’s Day when the state complies with a court order to begin automatically registering to vote all those who are granted driver’s licenses.

The state has long provided driver’s licenses to all who simply claimed, without proof, that they were citizens of in the country legally. There were no checks made or documentation required.

But beginning April 1 every person who gets a California driver’s license will be automatically entitled to vote.

“We are very pleased that Californians will have easier access to voter registration,” said Jeremiah Levine, an attorney with Morrison Foerster who represented the voting-rights groups. “We are especially satisfied that changes will be made before California’s statewide and federal primary elections.”

Like the reporting you see here? Sign up for free news alerts from WND.com, America’s independent news network.

The state complied with the order under a program dubbed the California New Motor Voter Act. Signed into law in October 2015, the new statute requires the DMV to forward records for all eligible applicants to the Secretary of State’s Office for registration unless those applicants elect not to register to vote.

The League of Women Voters and three other groups sued the state’s Department of Motor Vehicles and Secretary of State’s Office in May 2017, claiming the state burdens would-be voters by making them fill out the same information on two separate forms to register to vote.

According to the lawsuit filed last May, California ranks “a dismal 46th in the nation” in its rate of registered voters. More than 5.5 million eligible voters were unregistered as of February 2017, according to state data.

Other plaintiffs in the lawsuit include the ACCE Institute, California Common Cause and the National Council of La Raza.