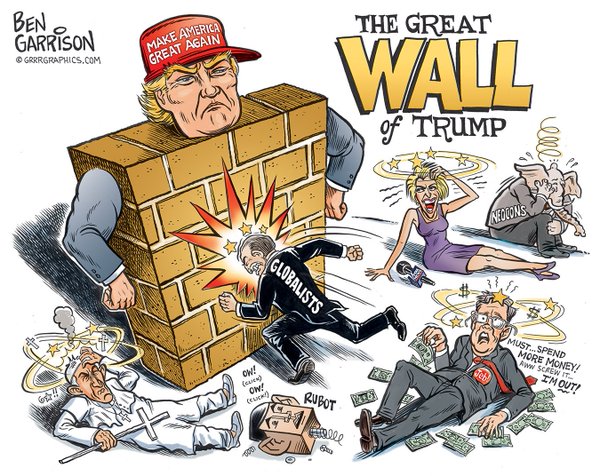 President Donald Trump spoke at the World Economic Forum in Davos on Friday, urging the global elites to reinvest in their people.

“Each of you has the power to change hearts, transform lives, and shape your countries’ destinies,” he said. “With this power comes an obligation, however, a duty of loyalty to the people, workers, customers who have made you who you are.”

Trump said that leaders should use their resources to keep their people safe, rebuild their communities, and empower them economically.

“When people are forgotten, the world becomes fractured. Only by hearing and responding to the voices of the forgotten can we create a bright future that is truly shared by all,” he said.

“America is roaring back, and now is the time to invest in the future of America,” he said.

The president also argued that his America First message does not ignore the role of the United States in the world.

“America First does not mean America alone,” he said. “When the United States grows, so does the world.”

He also promised to continue seeking free but fair trade in the United States, warning that the days of other countries’ taking advantage of America were over.

“We cannot have free and open trade if some countries exploit the system at the expense of others,” he said. “We support free trade, but it needs to be fair, and it needs to be reciprocal.”

“Just like we expect the leaders of other countries to protect their interests, as President of the United States, I will always protect the interest of our country, our companies, and our workers,” he said.