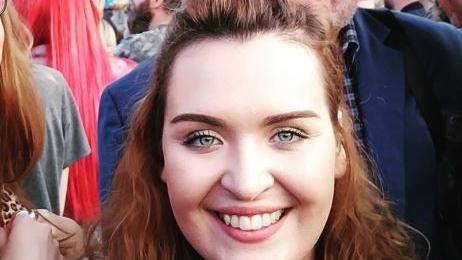 The hard-left female chairman of a local Labour Party association in the United Kingdom has blamed “creepy, nasty, hateful and untrue attacks by bitter men” after her call for Donald Trump to be shot became public.

Caragh Skipper was an officer of a local branch of Momentum, the hard-left grassroots group which has carried avowed socialist and Venezuelan regime supporter Jeremy Corbyn to the leadership of the Labour Party at the time of her comments.

The paper reports Skipper was sat close to Jeremy Corbyn at last year’s party conference, suggesting she enjoys a certain level of prestige within the party.

Who is Jeremy Corbyn REALLY?

Do your Labour-voting mates know who Jeremy Corbyn *REALLY* is?

Made possible thanks to my Patreon supporters. Join up today and make a difference: www.patreon.com/raheemkassam

As part of the sustained movement of Britain’s main left-wing political force from the centrist New Labour to the new hard-left Corbynite, Momentum-backed party, Skipper has since moved on from her position within the Croydon Momentum group to being the chairman of her London branch of the national Labour Party. The aspiring politician is due to stand for election for local office in 2018.

Speaking to the newspaper after her violent remarks were made public on a local blog, Skipper dismissed her comments as pure humour. She said: “This was a silly joke posted to my personal Facebook page from more than a year ago,” she said. “It is in bad taste and for that I’m sorry but it’s obviously a joke and nothing more.”

Blaming gender politics for the negative comments following her call to violence towards the President of the United States, Skipper tweeted against “bitter” men. She wrote that she and other women in the Labour Party have been “on the receiving end of creepy, nasty, hateful and untrue attacks by bitter men in our own party who cannot stand to see young women do better than them”.

Thanks Hugo Chavez for showing that the poor matter and wealth can be shared. He made massive contributions to Venezuela & a very wide world

Whether the murder of a democratically elected leader was intended purely as fodder for humour or not, Skipper’s remarks come among a surge of ill feeling towards President Trump among British left-wingers.

Breitbart London has reported on the repeated statements by London Labour mayor Sadiq Khan, who has made clear he would prevent President Trump from visiting the United Kingdom, were that in his power, and took January’s cancelled trip by the president as a personal victory.

Despite the attacks on the Trump White House by the UK Labour Party, senior members still believed they would be able to enjoy privileged access to the administration. Shadow Foreign Secretary Lady Nugee — also known as Emily Thornberry — was reported to have been “rebuffed” by the White House this week after she planned to travel to Washington to meet senior figures in a trip intended to prepare herself for a future Labour government.

“It became clear pretty quickly that the White House wasn’t especially keen to meet them. Can’t think why,” a source said.

Ms Thornberry — who caused a minor scandal during 2014 elections after posting a sneering tweet apparently looking down on a voter for driving a white van and having the flag of England on his home — has repeatedly attacked President Trump and his administration, having just in the last fortnight branded the U.S. president a dangerous racist and an “asteroid of awfulness”.