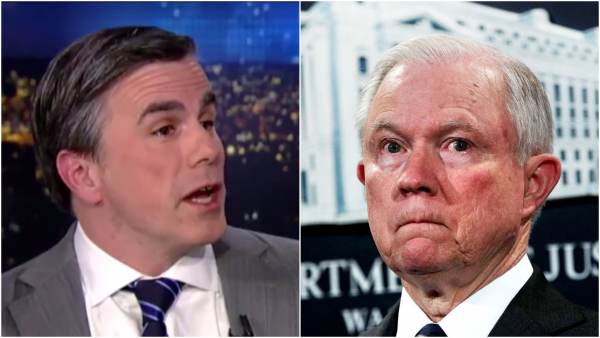 Judicial Watch president Tom Fitton slammed the Sessions Justice Department Thursday evening, going as far as saying the Deep State is in control of the agency in ways that would make the Obama administration ‘blush.’

“We’ve asked about these text messages, I can’t tell you how contemptuous they were in response.”

Fitton then went on to say the Sessions Justice Department responded to Judicial Watch’s request to obtain the text messages by essentially asking that they sue.

Judicial Watch announced Wednesday it filed a FOIA lawsuit against the Sessions Justice Department in an effort to obtain the since-found text messages between FBI agents Peter Strzok and Lisa Page.

.@JudicialWatch Sues for Text Messages of FBI’s Strzok and Page. I don’t believe for one minute that the Strzok-Page texts are really missing. And Director Wray needs to stop with the stonewalling. https://t.co/ufLvl0pOFL