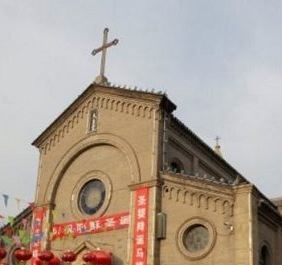 As part of its most recent clampdown on Christian churches, Chinese authorities have instructed priests and pastors to post signs on churches barring entry to minors.

The instruction is part of a new set of communist party-controlled regulations on religious activities that went into effect on February 1 and is aimed at preventing children and young people from getting religious instruction or taking an active part in Christian worship.

According to a report Thursday from ucanews, the leading independent Catholic news source in Asia, authorities have begun enforcing the government ban on minors in church in several regions, while forcing a number of Protestant house churches in Henan province to close.

The new regulations are an expansion of bans already tried out in certain regions. As Breitbart News reported last August, communist officials had already issued “notices” to over a hundred churches in Wenzhou, within the largely Christian Zhejiang province, informing Christians that children are no longer permitted to enter any church. The notices stated that minors attempting to enter a church would be turned away at the door, even if accompanied by their parents.

“Minors receiving religious education and formation too early in churches would seriously affect the normal implementation of the education system,” said the Ouhai district’s notice.

Failure to comply with the new regulations will result in churches being shut down, according to threats from government officials.

As one blogger noted, churches have become the third type of venue restricted to adults only, joining night clubs and internet cafés.

At the same time, enforcement on the ban on minors in church is being enforced more strictly even than the other two. “When minors enter internet bars, the government and police turn a blind eye. However, they are becoming very strict in prohibiting minors from entering religious venues. It is ridiculous,” said a Catholic in central China, identified only as “Peter.”

A priest from Henan province named Father Thomas told ucanews.com that authorities are determined to bring all religious activities under strict government control. “The living space for the church is getting less and less,” he said.

“All religious sites must be registered; no religious activities can be held beyond registered venues; non-registered clergymen are forbidden to host religious liturgies; and party members and minors are prohibited from entering a church,” he said.

Observers predict that the enforcement of the new regulations will vary across the country, depending in large part on the relationship between the church and the local government

According to another priest of the underground Catholic community in northeast China, officials do not want to drive the church completely underground, because it “would mean they would lose our traces and not know where we are.”

The public security bureau wants to know the whereabouts of all members of the clergy in order to keep religious activity firmly within its grasp, the priest said. “For myself, I do not want to be hidden but if we are not allowed to have our religious gatherings, the only way is to become clandestine.”

Last week the head of the Pontifical Academy of Social Sciences in the Vatican, Bishop Marcelo Sanchez Sorondo, proposed that China is the best example of a country where Catholic social teaching can be seen in action today, eliciting ridicule and indignation from a number of observers.

Bishop Sanchez returned starry eyed from a recent visit to China, describing the country as a paradise free of drugs and poverty, where the government is committed to defending the common good.

One China expert, a missionary priest, rebuked Sanchez for his ridiculous “exaltation” of Chinese society, which has “made the Catholic Church a laughingstock.”

Leading Catholic commentator George Weigel said that the Argentinean bishop suffered either from “a psychotic detachment from reality” or “willful ignorance, turning a blind eye to repression and persecution in order to indulge fantasies of a socialist paradise freed from the unpleasantness of bourgeois liberal society.”

In another searing rebuttal, the Acton Institute’s Dr. Samuel Gregg tore apart the bishop’s claims point by point, indicating a disconnectedness from reality that “seems to have become the norm throughout parts of the Holy See lately—or at least a tendency to view the world through a distinctly leftist lens.”

“It doesn’t help the Holy See’s reputation to have some Vatican officials parading their fact-free, strikingly incoherent views of the world on the public stage,” Gregg wrote. “Bishop Sanchez’s claim that China is somehow one of the world’s leading exponents of Catholic social doctrine is frankly outrageous.”

“It is also insulting to those Catholics and other Christians who have suffered so much for their faith under what is, after all, a regime that remains ideologically committed to atheistic materialism,” he said.