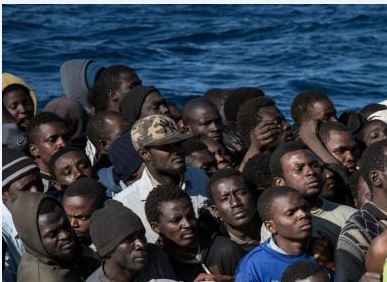 Nova Scotia’s Auburn Drive High School math teachers are skipping their previous eurocentric approach to teaching mathematics so black students will gain more interest in the subject, the CBC reported. Teachers are adopting an Afrocentric lens to teach mathematics, based on incorporating African history and culture to make math classes resonate with their students.

Auburn High School is working with the Imphop’s Legacy Academy, a program encouraging black students to get interested in STEM, to craft their new curriculum. One example of the new approach is using Egyptian pyramids to explain trigonometry.

“It’s academic math, but we want to build their self-confidence, their self-awareness so they can feel that they’re capable of doing the math,” Auburn Drive High School Principal Karen Hudson said.

Temple University’s African Studies Chair Molefi Asante originally designed the Afrocentric movement in a book, “Afrocentricity: The Theory of Social Change,” published in 1980. He criticized the “Eurocentric” focus of education and instead encouraged academics to make lessons more relatable to African students. One example is teaching biology based on black biologist Ernest Just’s research over someone white, according to The American Prospect.

There are already 23 students who signed up to take the Afrocentric math class starting September 2018.