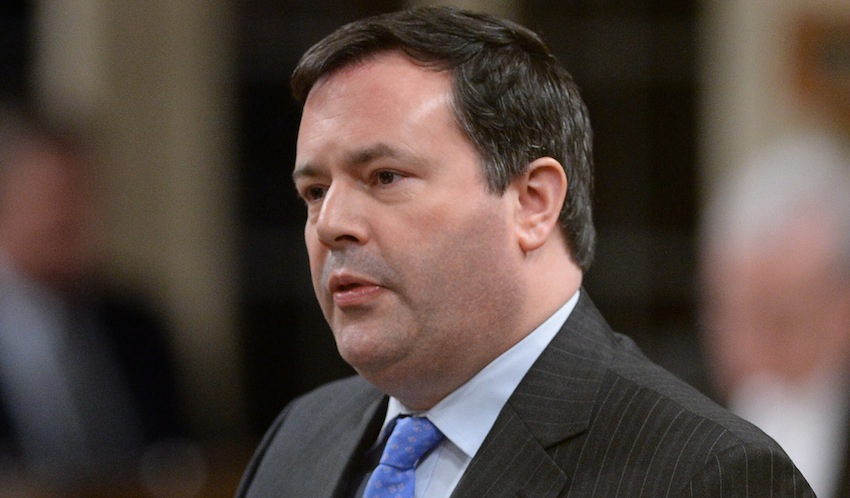 The UCP planned the event after Edmonton Pride Festival officials turned down its application last month to march in the Pride parade.

“We will be hosting a breakfast that morning for members of the United Conservative Party who want to celebrate Pride,” Kenney told reporters at the Alberta legislature Monday, according to the CBC.

“I look forward to being there along with some of our MLAs. So we’ll be doing our best to support the broader community while respecting the decision of the organizers.”

Kenney says he won’t be a spectator at the parade, the CBC reported.

“My mom told me not to show up at a party I’m not invited to,” he said.

The Edmonton Pride Festival announced in a May 3 press release that the UCP didn’t meet the criteria that measures if parade marchers are “connected, engaged and welcoming of the LGBTQ2S+ community.”

That includes having policies, values and plans to support the inclusion of all the LGBTQ2S+ community.

The UCP application was “sparse” in content and didn’t include any actions or details as to how it would support inclusion of homosexual, lesbian, bisexual, transgendered, queer, and two-spirited persons in the community.

“As our Leader has repeatedly stated, ‘In our Party,  it doesn’t matter what God you worship or who you love, you are welcome’,” it stated.

“It is important that Albertans understand that the United Conservative Party, as the official Opposition, is an inclusive and welcoming organization,” stated the application.

“Beyond that, it is important to us to be a part of this vibrant and joyful celebration of Edmonton’s LGBTQ2S+ community and to clearly demonstrate our support.”

However, critics point out that the Pride Parades often feature semi-nude or nude participants who engage in such lewd antics as simulated sex acts.

Moreover, what Pride Parades celebrate is the adoption and acting out of behaviors contrary to the sexual morality of the world’s major religions.

Rhode Island’s Catholic Bishop Thomas Tobin recently told his diocese that Catholics should be “very wary” of participating in celebrations of homosexuality.

“Catholics should be very wary of events in the June LGBTQ month,” Bishop Tobin tweeted Monday. “It’s not a fun-filled, family-friendly celebration of respect. It promotes a lifestyle and agenda that, in the extreme, is morally offensive.”

Kenney was supported by Campaign Life in his UCP leadership bid, and is a known social conservative and practising Catholic, who voted against legalizing same-sex “marriage” as a federal Conservative MP in 2005, and has avoided Pride Parades.

In lieu of expressing his disappointment at Kenney’s now signalling support for such events, Jeff Gunnarson, Vice-President of Campaign Life Coalition pointed to a June 6th article by Catholic theologian George Weigel.

Writing in the Catholic World Report, Weigel decried the attempts of prominent Catholic leaders to appease or fit in with the culture.

“But how does pandering to the glitterati evangelize?” wrote Weigel.

“Doesn’t this pathetic grasping for approval – from people whose lives manifest their disdain for the Catholic idea of the sacred and the Church’s teaching about the dignity of the human person – signal that, hey, we’re not really serious about the stuff you cultural elites find objectionable?”

Kenney was recently at odds with his party’s grassroots over LGBTQ issue.

At the UCP’s first policy convention in May, 57 percent of the delegates voted for a motion requiring teachers tell parents when their child joins an after-school club, notably gay-straight alliances.

Kenney swiftly announced he would not implement the policy as part of the UCP election platform.

“Let me be absolutely stone-cold clear: a United Conservative government will not be changing law or policy to require notification of parents when kids join GSAs. We will not do that. You can take that to the bank,” he said.

While campaigning for leadership of the UCP, Kenney said he believed parents should be told their child is in a GSA unless doing so would put the child at risk, and that teachers should have discretion to determine when this is the case.

In November, Alberta’s NDP passed Bill 24, which prohibits schools from telling parents their child has joined a GSA without the child’s explicit consent. The Justice Center for Constitutional Freedoms launched a court challenge against the bill in April.