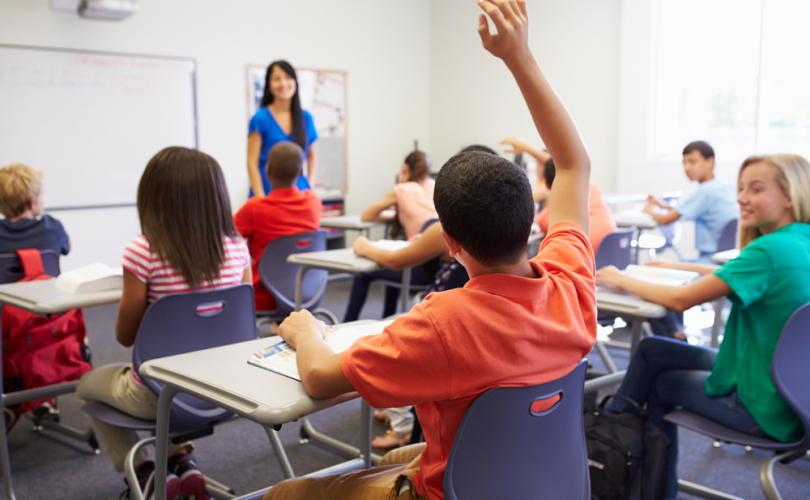 (LifeSiteNews) – Arguments began Wednesday on whether the Alberta government can forbid schools from telling parents about their children’s membership in Gay-Straight Alliance (GSA) clubs.

A Court of Queen’s Bench judge in the city of Medicine Hat is hearing 25 faith-based schools and others’ case against Bill 24, The Canadian Press reports. The plaintiffs want enforcement of the law delayed until its constitutionality is decided.

Last year, Alberta education minister David Eggen led the effort to pass Bill 24, which forbids schools from telling parents if their children have joined GSAs without the child’s consent, even children as young as kindergarten.

Previously, individual schools and principals were free to use their own judgment about when to withhold information from parents, such as if there is a credible risk of harm to the child.

In April, the Justice Centre for Constitutional Freedoms (JCCF) filed suit against the law, representing a group of Christian, Jewish, and Sikh schools, as well as concerned citizens and parents. It argues that the law deprives parents of the ability to “know fully where their children are, who they are involved with, and what they may be encouraged to think or do”; and that it violates parents’ freedoms of religion and expression.

The Justice Centre also calls GSAs “ideological sex clubs” in which children may be exposed to graphic sexual material. The government dismissed such concerns as “speculation,” and says GSAs are merely about “creating a safe space where students can socialize, be themselves, make friends and help other students understand the importance of being respectful to LGBTQ people.”

Eggen expressed hope for a quick resolution to the case, noting that legal battles create “uncertainty” and claiming that the challenge “seeks to counter a lot of the progress that we’ve made to create safe and caring environments for kids.”

The danger is anything but speculative, however, for two parents who told their story anonymously in The Calgary Herald last November. “Sarah” and “Stephen” explained how their 14-year-old daughter “Jane,” who is autistic and suffered from body dysmorphia (a mental disorder causing one to obsess over perceived defects in his or her appearance), could have committed suicide had her school hid the developments in her GSA club.

The parents were originally “completely fine” with Jane joining a GSA, but were alarmed when the school told them she was being referred to as a boy — despite never having expressed gender confusion. Eventually, they got a call that their daughter was threatening to kill herself.

“I love all people, I seriously do, but they’re promoting the idea on kids who normally would not have gone there,” Stephen explained. “They were facilitating and going out of their way to transition her into becoming a boy without our knowledge. But what training do they have about children with autism?”

Eggen issued a statement at the time promising that parents would be notified if their children were at risk, but refused to comment more specifically or be interviewed by the Herald.

Opposition United Conservative (UCP) Leader Jason Kenney is also among the law’s opponents. He warned last fall that it “concentrates enormous new powers in the hands of the Minister, undermining local decision making by principals, school boards, and independent schools,” regardless of the varying circumstances in specific cases.

“We believe that it is wrong to treat young elementary school children the same way as teenagers in high school on sensitive matters,” he continued.

Last month, however, Kenney went back on his pledge to support parental rights policies championed by his base, saying he wouldn’t act on a position passed at the UCP’s first policy convention: the notification of parents when their child joins after-school clubs, including “gay-straight alliances.”

“Let me be absolutely stone-cold clear: a United Conservative government will not be changing law or policy to require notification of parents when kids join GSAs,” Kenney said.

The government is set to begin enforcing Bill 24 in July, unless the court grants a temporary injunction.