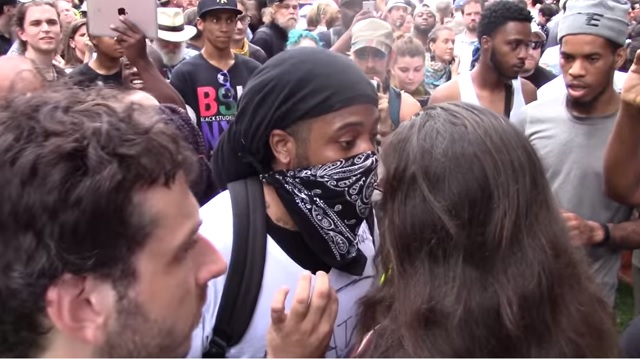 Newly surfaced footage from the “Unite the Right 2” protests on Sunday shows a mob of violent Antifa and Black Lives Matter activists attacking two Trump supporters for having the audacity to disagree with them.

Trump supporter Suzanne Monk and her husband went to the Unite the Right 2 event to protest both UTR2 organizer Jason Kessler and Antifa.

While trying to have a civil conversation with a few counter-protesters, the two were set upon by an unruly mob, called “white supremacists” for supporting President Trump and attacked.

And here’s the full footage from Aceloewgold: