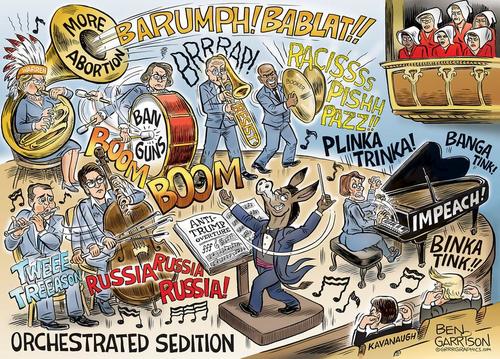 Kunstler Warns “Many Forces Are Vectoring Towards DefCon This Fall”

Quite a hot time in the ole Swamp this week, with the gators, ‘possums, snakes, and snappers roiling the filthy waters to a bloody froth in the battle for supremacy of the food chain. The Swamp even has its own version of Bigfoot, the Golden Golem of Greatness. Lumbering and garrulous, unlike his shy cousin of the Oregon forests, the flaxen-haired giant plies the sloughs, oak domes, and cypress hammocks desperately seeking respect. His bellowing can be heard each night through the din of chittering insects, croaking bullfrogs, laughing anhingas, and the baying bloodhounds at his heels, as he searches for the fabled drain-plug that might convert this treacherous ecology into an upland peaceable kingdom.

Many forces are vectoring toward Defcon this autumn with an effect that may amplify the individual power of each and reach a critical mass that could just blow the Swamp to soggy bits. The Prog-led “Resistance” turned the Kavanaugh confirmation hearing into a swampish circus, complete with shrieking clowns Kamala Harris and Corey Booker trying out their 2020 election acts. Their antics are almost certainly in vain, since the sides are pre-decided and the votes are there to approve Mr. Kavanaugh, no matter how many faces they pull. 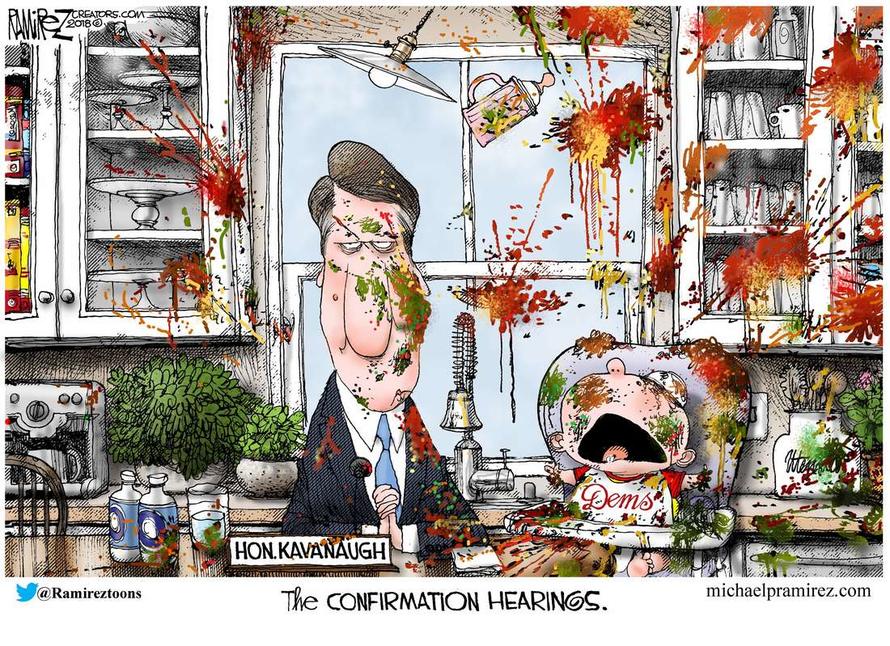 The mere prospect of Kavanaugh on the Supreme Court has induced a fever fugue in Progville that resembles those end-of-the-world apocalyptic visions in Medieval scripture. Yet to come perhaps: fainting spells, ghost sightings, infestations of biting insects, St. Vitus Dance, speaking in “tongues,” visitations of succubi, and other signs that the hosts of Beelzebub are afoot. This inflamed rabble becomes more dangerously delusional each week as the witches fly over Washington. No need to even hunt for them anymore. They’re out in broad daylight. 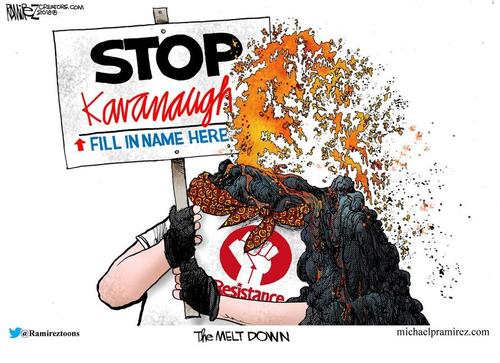 With the Resistance this unhinged, and a growing roster of midterm election candidates espousing childish, otherwordly utopian fantasies, even Republicans begin to look like sober adults. Meanwhile, worms are stirring in the compost heap known as the Mueller investigation. It is reported today that former FBI Deputy Director Andrew McCabe has been spending time in a grand jury. Months, it turns out! Who woulda thunk that? And who, exactly, convened this body?

Well, it must have been someone in the federal Justice Department, but supposedly the chief there, Jeff Sessions, has long recused himself from involvement in the Russia “matter,” since he is on the record as having held conversations with persons of the Russian persuasion. Must have been his deputy, then, Rod Rosenstein, on referral from the Inspector General, Mr. Horowitz. The question is: is this a genuine seeking for truth in the FBI’s machinations during and after the 2016 election? Or is it a Rosenstein-managed ruse in a much broader cover-your-ass operation in the ole “modified-limited-hangout” sense coined by Nixon aide Chuck Colson back in the long-ago Watergate swamp draining operation? 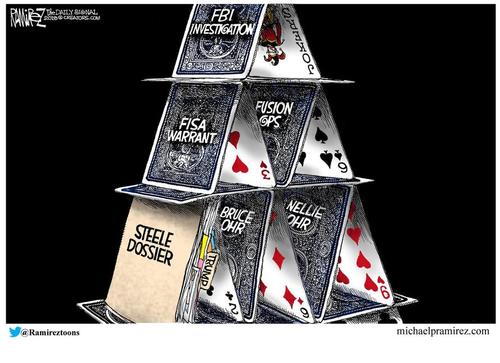 There is now a clear evidence trail about eight-lanes wide detailing Russian collusion of the Democratic Party, the Hillary Campaign, the FBI / DOJ, plus a caravan of Robert Mueller aides, adjuncts, colleagues and former trainees. They are all mixed up with a cavalcade of events weaving through more than one Clinton investigation (and its damage control operations), and they need to appear before grand juries too. Many, I suspect are criminally culpable and will end up in the slammer. Perhaps even ole Horse-face himself, grave and aseptic as he may seem.

I’ve caught two of Trump’s rallies the past week or so. His freestyling babble at the podium makes me wish I could wave a magic wand and just make him vanish in a cloud of orange vapor, or perhaps turn him into Richard Nixon. (Doesn’t all this make you nostalgic for ole Nixie?) He can’t shut up about the economic miracles that he has wrought with his mighty “stable genius” brain.

Perhaps he has not noticed that the money system is crumbling all around the world at the margins. If he does not understand that this rot eventually must reach the center, then he has washed down too many cheeseburgers with his own Kool Aid. Having taken ownership of all this lock, stock, and barrel, then he is perfectly situated to be blamed when the honey-wagon of algo trading robots turns south and whatever remains of the world’s hot money, including the US dollar, goes up in smoke.

If it coincides even bluntly with the mid-term election, then we will find ourselves living through Civil War Two.