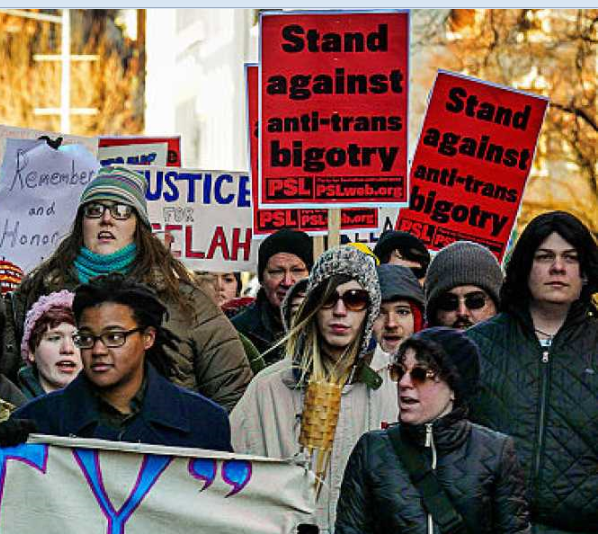 Few things irritate me more than bogus studies being spread across media outlets uncritically. There now seems to be a counter problem: Potentially legitimate studies being removed not because of scientific flaws, but because of political correctness.

In late August, Brown University removed a link to a peer-reviewed article from one of its own professors. The study in question was about Rapid Onset Gender Dysphoria, and came from Brown assistant professor of behavioral and social sciences Lisa Littman.

Littman spent years speaking with “more than 250 parents of children who suddenly developed gender dysphoria symptoms during or after puberty.” She found that 21% had a child with at least one friend who also became transgender around the same time, 20% had a child who had started spending more time on social media around the time they began identifying as transgender, and 45% that reported both. Large percentages of the parents reported that their child had been diagnosed with at least one psychiatric disorder (62%) or had experienced a childhood trauma (48%) prior to identifying as transgender.

When Brown removed the link to the study, they began with a throwaway line about “concerns about research methodology,” but quickly followed with a lengthy discussion about the harm the study’s conclusions could bring to the transgender community.

Questions about the study’s methodology are fine, but it appears clear in this case that the main cause for concern was that this study went against the politically acceptable discussions of transgenderism.

Just reading the above information about the study I, too, would have a few questions. I don’t typically like self-reported surveys from almost certainly biased sources. But studies that have had these problems and then some haven’t been removed or disowned by the researcher’s employer. I’ll also add that for two metrics, Littman found 1-in-5 parents who noted something about their children’s behavior prior to identifying as transgender. I’ve previously discussed the odd recurrence of “1-in-5” found in many studies.

Still, if other studies with similar flaws are not only supported but spread, then this study should be able to stand and undergo vigorous scientific debate.

Just weeks after the Brown controversy, another academic has accused “academic activists” of removing his paper due to political correctness back in 2017. Ted Hill, professor emeritus of Mathematics at Georgia Tech and a research scholar in residence at California Polytechnic State University-San Luis Obispo, submitted a paper for publishing with his colleague, Sergei Tabachnikov, a professor of mathematics at Pennsylvania State University.

The two authored a paper about the “Greater Male Variability Hypothesis,” a concept dating back to Charles Darwin’s research on evolution. Darwin found that the males in species throughout the animal kingdom had more variability in traits than females of the same species. Essentially, “there are more idiots and more geniuses among men than among women,” Hill wrote in an article about his paper for Quillette.

Hill wrote that he and Tabachnikov set about to discover why this occurs, as Darwin never determined an answer. The paper was accepted by the Mathematical Intelligencer, and underwent revisions at the supervision of the journal’s editor-in-chief, Marjorie Wikler Senechal, professor emerita of mathematics and the history of science at Smith College.

When Tabachnikov posted a preprint of the article to his website, a backlash ensued. A representative from the Women in Mathematics chapter at Penn State suggested that some women might see the paper as “someone wielding the authority of mathematics to support a very controversial, and potentially sexist, set of ideas…”

So, basically, this paper might hurt women who are considering entering STEM fields. There’s never been any suggestion from feminists that constantly claiming there’s a gender “wage” gap (caused by unproven and undocumented widespread sexism) doesn’t also hurt women, who are apparently – by the critics’ own claims – not smart enough to determine their own futures beyond a scientific study.

The “scandal” continued to grow, and the Intelligencer decided not to print the article they had already accepted. Senechal told Hill that “several colleagues” were worried “that the right-wing media may pick this up and hype it internationally.”

“For the second time in a single day I was left flabbergasted,” Hill wrote. “Working mathematicians are usually thrilled if even five people in the world read our latest article. Now some progressive faction was worried that a fairly straightforward logical argument about male variability might encourage the conservative press to actually read and cite a science paper?”

Hill later learned that part of the reason the paper was pulled was due to the activism of Amie Wilkinson, senior professor of mathematics at the University of Chicago. She complained, and then enlisted her father (a psychometrician and statistician, according to Hill) to also complain. Way to stick up for women everywhere by having your daddy back you up.

Wilkinson’s father said the paper “oversimplifies the issues to the point of embarrassment,” but admitted to Senechal that “others are more expert on this than he is.”

In October 2017, Hill was contacted by Igor Rivin, editor at the New York Journal of Mathematics (NYJM). He had read the paper and wanted to publish. Hill submitted a revised paper that had just his name on it and the paper was published online. But three days later, it vanished, and after that a different paper appeared in its place in the print edition.

As it turned out, a member of NYJM’s board, Benson Farb, was married to Wilkinson, and demanded the paper be deleted, Hill later learned while investigating the controversy around his paper. Farb claimed his father-in-law (Wilkinson’s father) “already poked many holes in the ridiculous paper,” and called hill’s paper “pseudoscience” and “a piece of crap.”

NYJM relented and deleted the paper without a note or explanation.

So here we are again. A scientific paper reviewed by many academics prior to publication was pulled after acceptance due to political pressure. If the complaints were merely scientific, then the paper should have stayed and been opened for debate and critique.

We appear to be entering an age where scientists can only study and produce politically correct papers that conform to progressive ideology. Those that do enjoy widespread acceptance (again, I go back to the oft-cited but thoroughly debunked surveys purporting to show 1-in-5 women will be sexually assaulted while in college), but those that don’t get memory-holed and attacked as damaging to certain communities.

Those making the argument for harm don’t seem to see that insisting those communities are too sensitive to handle research that may or may not apply to them are actually doing the harm. Constantly coddling underrepresented groups is not just infantilizing, it doesn’t allow them the opportunity to participate in rigorous debate and defend their positions.

These studies may or may not have withstood academic rigor (it appears they went through quite a process prior to publication, however), but blacklisting them because of political correctness doesn’t speak well for the arguments being challenged by the papers.