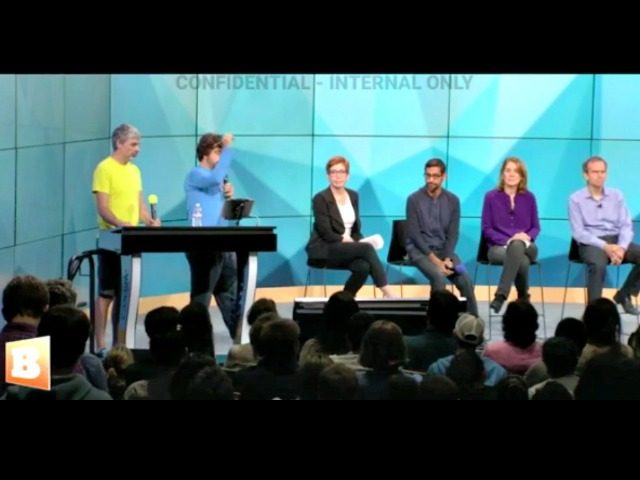 John Hinderaker writes for Powerline about the leaked video posted by Breitbart Wednesday in which the Masters of the Google Universe bemoan the election of Donald Trump and pledge to take action against that deplorable decision by the voters:

Someone leaked to Breitbart an hour-long video of an “all hands” Google meeting that was held just after the 2016 election. The video features Google’s co-founder, Sergei Brin, its CEO, Sundar Pichai, and numerous other high-ranking “Googlers” speaking in turn about the election’s tragic outcome. It is stunning.

You really have to see it to believe it. Having suffered through the hour-long cri de cœur–OK, to be fair, there is a huge element of schadenfreude, too, and you will relish much of it–you probably will have several reactions: 1) These people may have certain valuable technical skills, but they aren’t very bright and are unusually lacking in self-awareness. 2) It is remarkable that they can achieve such an extraordinary monoculture in an organization with thousands of employees. It must require vigorous enforcement of right-think. 3) It is easy to see how these uniformly left-wing robots/people seamlessly transitioned into Resisting the duly elected Trump administration.

The question is what to do about the left-wing tech monopolies of Silicon Valley. Start conservative companies and platforms to compete with them? Break them up under the Sherman Act? Turn them into regulated public utilities, with public employee-level salaries and no stock options? Those are all possibilities. After watching the video, you no doubt will be ready to take action.

Read the rest of the article here.