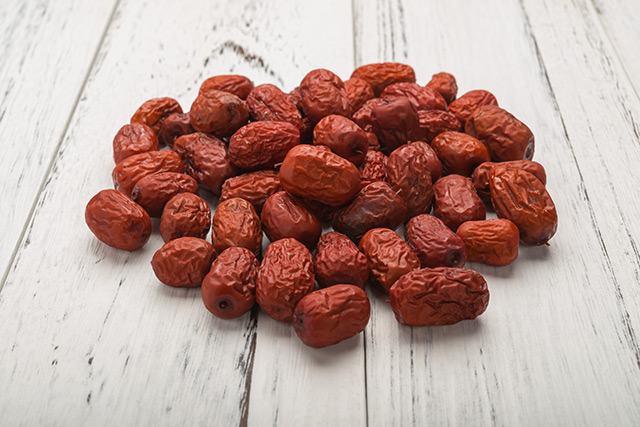 A superfood most people have never heard of: Jujube fruit programs cancer cells to kill themselves

(Natural News) There’s a Chinese saying that three jujubes a day keep you young forever. This might sound odd to Western audiences who tend to associate the term “jujube” with brightly colored gummy candy often found at the movie theater concession stand. However, jujube is also the name of an Asian fruit that shows tremendous promise in fighting cancer.

The jujube fruit’s scientific name is Ziziphus jujuba, but it’s often referred to as a red date due to its similar appearance to traditional dates. The plant’s fruit, bark, and seeds have been a traditional Chinese medicine staple for the last 3,000 years, featuring prominently in treatments for calming the body and mind.

A new study carried out by researchers from the Royal Society of Chemistry has shown that the fruits can trigger cancer cell death by inducing internal stress in tumors. They found that after exposing prostate, breast, and lung cancer cells to the fruit in the lab, they essentially committed suicide.

The results showed that four of the compounds present in the fruit were responsible for reducing the cancer cells’ survival rate, while three of the compounds prompted the cancerous cells to kill themselves. The researchers are calling for further research to determine precisely how this effect is occurring.

Although jujubes might be similar in appearance to dates, they are a lot more beneficial. In addition to their potential anticancer effect, they have 32 times more vitamin C and more antioxidants than the equivalent amount of dates. They also contain minerals like phosphorus, calcium, iron, manganese and potassium.

The antioxidant phytochemicals saponins, polysaccharides, and flavonoids can be found in the fruit as well as its seeds, and they are believed to be behind jujube’s calming effects. Flavonoids and saponins extracted from the seeds of jujubes have been shown to have a sedative effect on mice. In addition to promoting good sleep, smaller amounts of jujube can serve as an anti-anxiety measure that doesn’t knock you out.

Jujube fruit has also been traditionally used to help ease digestion in the form of soups, teas and purées. One study found that jujube extract made gastrointestinal transit time faster in hamsters while reducing intestinal exposure to toxic compounds. It was also found to help boost overall gut health. A study in humans found that jujube extract can ease constipation.

You would probably be willing to put up with an unpleasant taste to gain such amazing benefits, but the flavor of the fresh fruit is not unlike that of a very sweet apple. The dried variety have a similar flavor to that of dates. They can be brewed into a tea that has a mildly fruity and sweet flavor.

Although they are far more popular in Asia, they do grow in the U.S. Climates like those found in Texas are particularly suited to growing jujubes, and they’re not an unusual sight at farmers markets in some warmer states in the south. Regardless of where you live, Asian markets are typically a great source of the fruit, whether you’re seeking the fresh or dried varieties. When buying fresh jujubes, look for smooth and unblemished ones.

You can use the fresh fruits in any recipe calling for apples, or you can eat them raw cut up as a snack or in a salad. If you can only find the dried jujubes, you can use them in the same way you would use traditional dates. Snack on a handful, simmer them in water to make a tea, or use them to add some sweetness to smoothies.

Although more studies need to be carried out, jujubes have established themselves as highly nutritious fruits that have the power to relax and heal. Best of all, they are considered relatively safe when consumed as food.