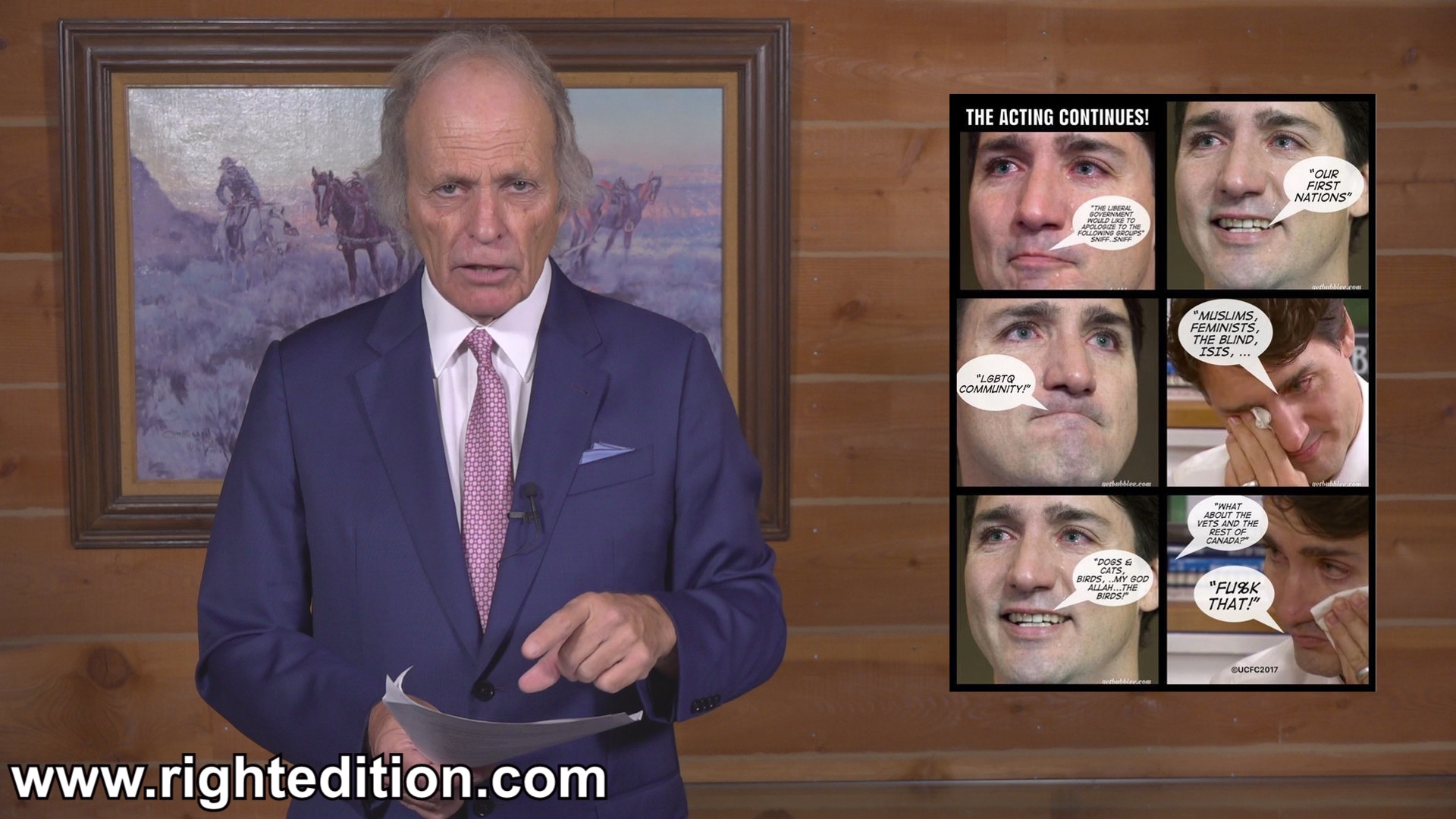 “Canadian governments need to better represent Canadian citizens to provide a free market place with low taxes, small government and big opportunities. There are many ways for Canadians to have money freedom and personal freedom but politicians just don’t seem to get that their job is to work for Canadians so that they can pay less and have more.”

“Taxes can be reduced to a mere fraction of what they are at the present time. It’s estimated that more than 72% of a persons income is paid to some type of taxes. Politicians always say elect me and I will reduce your taxes and I will give you lots of free stuff, which makes no sense. Reducing taxes is actually pretty simple. Just get rid of things that are not needed and stop giving away free stuff. We need a say in how the country runs. Career politicians are bad for the average citizen” says Brian Lovig, business man and host of rightediton.com

A few examples to lower taxes:

Decrease the federal ridings by 100.

There are 338 ridings presently which is an over representation and hundreds of millions of dollars will be saved per year with fewer ridings and, government will be more efficient. Money saved! Billions no longer needed. Lower the taxes for Canadians!

Literally trillions of dollars have been spent on bilingualism / the official languages act, and it’s not needed. People can speak whatever language they want, no law is needed. Quebec has its own language laws and it has virtually all of Canada’s french speaking citizens and in addition to a monstrous savings each year for all Canadians there will be more trade and products when manufacturers do not need to have 2 languages on packaging. Taxes will drop like a rock!

Bring back the penny

Several hundred million dollars are charged to citizens each year by retailers when they “round up” transactions and this is in addition to the taxes already paid for the money used to buy the product! Bring back the penny. Taxes go down!

Billions of dollars are spent annually on pensions. Politicians are well paid and can create their own pension plan like the rest of us. Perhaps create a formula like 1 year salary for each year served. Taxes would drop a bunch yet again.

Cancel all programs and have trillions of dollars for another huge reduction in taxes paid by Canadians. This is huge! Taxes drop and taxpayers have a lot of extra money, their money, to keep.

CBC spends and looses billions of taxpayer dollars each year. Sell it. Quickly. Billions are not needed then so taxpayers get to keep more of their money!

Abolish GST. Taxes from Marijuana sales more than replace these amounts and Canadians save 5%! Big money!

Fixed date for federal election to occur every 4 years.

Board members of the riding can fire and charge elected officials for misrepresentation, poor governance or election lies.

Prime minister and all senior cabinet ministers to be born in Canada. Elected politicians cannot be citizens of other countries (presently about 65 elected Canadian politicians are citizens of other countries). If there’s a war with India for example and Canada’s minister of defence is a citizen of India, loyalties are tested. The current Prime Minister is a citizen of France.

There shouldn’t be a limit of the amount a person can donate but, it must be the persons own money. For example, a union donates money to political parties but that money belongs to it’s members, money that is not intended for this purpose.

Get rid of repetitive rules, laws and employees, streamline the bureaucracy, remove the law that says union employees cannot be fired.

It is legal to protect yourself in Canada but it is not legal to use any tool. A woman will be jailed if carrying mace or pepper spray if she is jogging or hiking or is where dogs and people can be bad. No government has the right to tell a citizen that they do not have the right to defend their life.

It’s unclear if there is actually a law for abortion, Canada needs a binding law for abortion. Discussions include topics like when an abortion can be performed, when does life begin, should sex selection abortions be allowed, why doesn’t the man have a choice as to whether or not the woman has an abortion, he doesn’t have a choice whether to pay child support or not if the woman chooses not to abort and at the present time in Canada a baby can be aborted 1 minute before a natural birth and be called an abortion while 1 minute after birth it is called murder. Should health care cover the costs of an abortion.There are several areas of abortion issues that need to be debated and regulated.

Canadians must all be treated the same. All Canadians are to pay taxes and one law is to apply to all. Color, culture and lifestyle can not matter with regard to treatment by government. Cash settlements should be made as may be applicable and then no further funding to special interest groups or visible minorities.

“There are so many things that can be done to fix our country, much more than what I have stated but it’s a start. Our politicians are the inmates running the asylum. Canada is closed for business. Tax and spend is what Canadian governments do and they chip away at our freedom literally every day. Canadians deserve better.” Brian Lovig