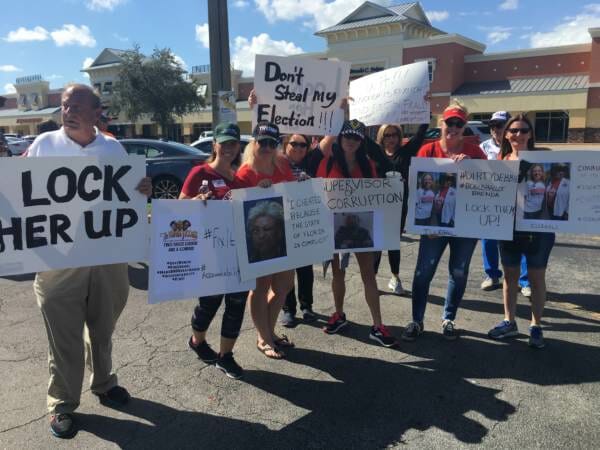 Friday Novemeber 9, 2018 5:30pm — Annie Marie Delgado, President of TrumpTeam Florida 2020, conference called Ann Vandersteel with a a current DOJ employee and was a former high ranking Broward County law enforcement officer. He stated at 7:00 AM that same morning he received a call from a deputy in the Broward County jail. The Deputy said there was “corruption going on inside the jail and that he had never seen anything like it.”

Six months prior to this the Supervisor of Elections allowed non-felon inmates awaiting trial in jail to register to vote. This did not occur due to the security risk it posed if civilians were allowed to walk through the jail doing the voter registration and absentee ballot requests.

It was previously reported that mass murdered Nikolas Cruz was registered to vote from jail in Broward County.

I’m sick to my stomach. 18-1958 murdered 17 students & staff, including my daughter Meadow. Yet in July, Broward Sheriff @ScottJIsrael let people into the jail to get him & other animals registered to vote.The Despicable Democrats have no shame.Can’t let them steal this election. pic.twitter.com/qWisidEpek

The Broward County Deputy explained that on Thursday November 8, 2018, after the midterm election, absentee ballots were delivered to the jail for the inmates and the deputies were told to pass them out. 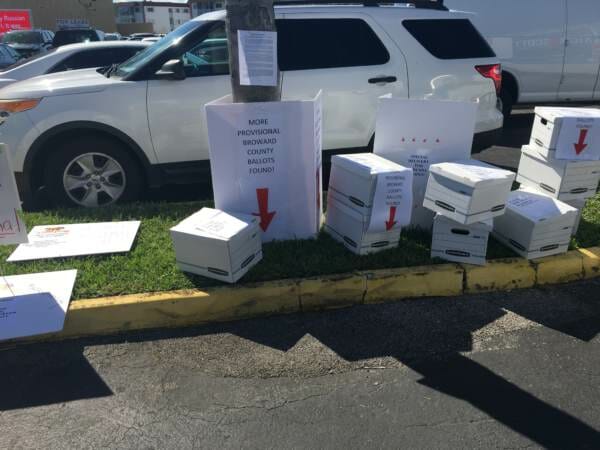 Ballots stacked up outside the elections headquarters (By Ann Vandersrteel)

The Deputy stated that the civil rights attorneys providedg the inmates with the narrative that they never received their absentee ballot. The liberal attorneys said the prisoners were denied the right to vote and they were to file a grievance with the deputies at the jail.

Questions to ask the Supervisor of Elections, Brenda Snipes, and local Broward County authorities:
1. All of the incoming and outgoing mail is X-rayed at the Broward jail. Does the Broward County jail show evidence of absentee ballots sent and returned?

2. How many ballots were delivered to the Broward County jail and when were they delivered?

3. If the inmates filled out these absentee ballots after the election ended, will they be counted as provisional ballots like military and oversees ballots? With 6000 inmates and approximately 5000 currently non-felons waiting sentencing, that would be a considerable number of votes.

4. Will a class action civil rights lawsuit be filed against the Supervisor of Elections and the Broward County Sheriff for voter suppression?

This story is developing.