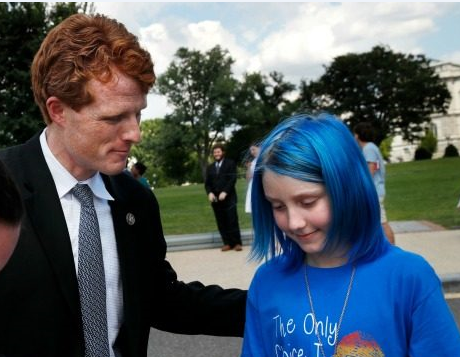 Democrats: ‘Cruel and Unscientific’ to Define Legal Sex by Biology

It is “cruel and unscientific” to define a person’s legal sex by their biology, says a pro-transgender complaint signed by 98 Democratic House legislators.

The Democrats’ statement was sent to President Donald Trump’s administration after the New York Times reported that the administration will formally clarify that the sex of people involved in sex-discrimination legal fights will be based on their male or female body.

Trump’s biology-determines-sex policy “makes it clear that members of this administration are willing to … solidify an archaic, dogmatic, and alarming view of the world,” the Democrats complain their letter to the Department of Health and Human Services (HHS).

The Democrats and transgender advocates want government agencies to let people define their legal sex by declaring their internal feeling of male or female “gender identity,” regardless of their male or female body and biology.

Yet there is no scientific or legal measure of “gender identity.” For example, one gay advocacy group defines gender identity as “One’s innermost concept of self as male, female, a blend of both or neither.” So any person could claim to have an opposite-sex “gender identity” and become a member of the other sex at any time, for as long or short a time as they wish. 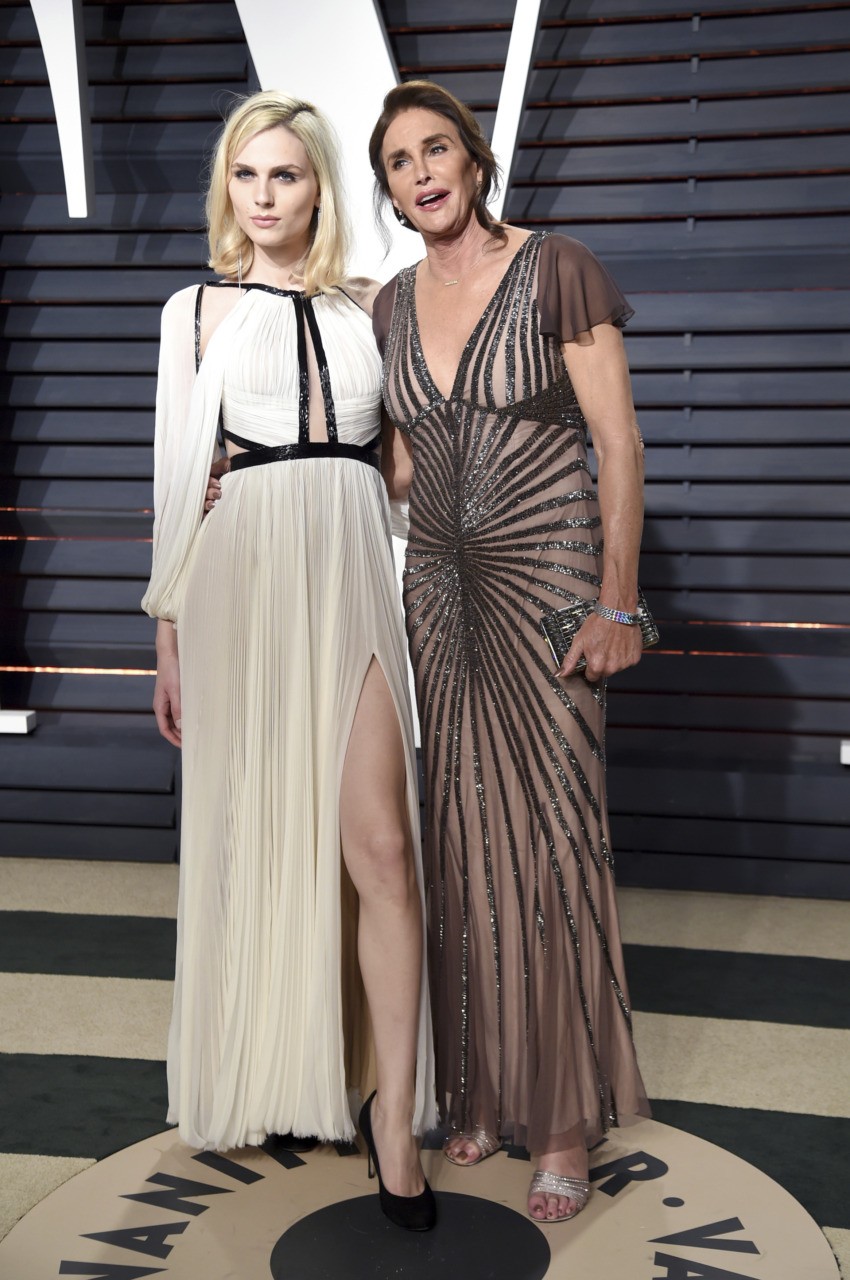 This identity-beats-biology change would erase any recognition of biological women and biological men from the law. For example, the transgender ideology says the idea of “women” would include men and women who say they have a female “gender identity.” Women who insist they are women would be redefined as “cis-gender women,” say transgender advocates.

If gender defines sex, the nation’s anti-discrimination laws will force agencies, civic organizations, and cultural groups to bar recognition of the partly-different and complementary preferences and attributes of males and females.

This revolutionary change would have profound consequences. For one minor example, a female theater director could face an anti-discrimination lawsuit if she repeatedly chooses women to play the female leads in Romeo and Juliet, even when the show is aimed at a female audience. In November, the company that sells Victoria’s Secret lingerie products was slammed because it does not use a mix of interchangeable men and women to model their clothing for women.

Already, women are being erased from women’s sporting competitions when supposedly “transgender” men muscle their way to the winners’ podium.

Rep. Kennedy is chairman of a Transgender Equality Task Force panel in Congress.

But Trump’s biology-determines-sex policy would preserve the nation’s existing law and culture that accepts the near-universal view that that women and men are legally equal but also different and complementary. For example, the Pentagon has dropped former President Barack Obama’s pro-transgender policies and is now using the “bright line” of biology to determine each soldiers’ male or female status.

Trump is reversing Obama’s push for ‘transgender rights.’ But transgenderism seeks to erase any recognition of female & male bodies in law & culture. So Trump is now the nation’s leading champion of women’s legal recognition & rights. Ironic for feminists. https://t.co/yE3TIzNotZ

This biology-based perspective is seen everywhere in society. For example, TV producers carefully design their shows to appeal to the different tastes of men or women, and TV advertisers tune their commercials to match their female or male targets. In politics, feminists complain about male-to-female pay gaps, discrimination in work, and women’s healthcare priorities.

The Democrats argue that the existence of a small percentage of people who have subtle genetic variations invalidates the long-standing and universal recognition that nearly all people have either male or female bodies and preferences.

Defining a person’s sex by biology is “cruel and unscientific,” says the 98 Democrats. The Democrats insist that basing sex on biology “counters the consensus of medical providers and scientists across the globe who have found no reliable evidence to support such a [biological] definition.”

For example, the 98 Democrats claim that men and women will lose protections against sexual discrimination if legal sex is gauged by biology:

All people are now protected by anti-discrimination rules regardless of their personalities or sex.

But there is a growing number of legal disputes being created by progressives’ insistence that men are entitled to be women. In October, Breitbart News reported:

Nine women have filed a lawsuit against a Fresno homeless shelter, accusing the nonprofit of allowing a transgender biological man claiming to be a woman to sexually harass them.

According to the lawsuit, each of the nine homeless women were staying at Naomi’s House – part of the shelter’s main campus in Fresno – in November 2017.

The shelter’s rules require all women to shower daily. Though the shelter provides individual shower stalls, the women dress and undress in a common area.

A “male who identifies as female,” and identified in the complaint by his initials, was also residing at Naomi’s House at the time. During the times when the women were dressing and undressing in the common area, the lawsuit claims the biological man made lewd comments to them about their breasts and other body parts. Some of the women charged the man was peering at them in the showers between the cracks in the stalls.

These conflicts have been ignored by establishment media outlets.

In the United Kingdom, however, a spectrum of political advocates have begun debating the civic impact of redefining sex as “gender identity.” In October, the left-wing Guardian newspaper published an editorial saying that women’s rights are threatened by the transgender ideology:

While campaigners for trans rights are entitled to push for laws that they believe advance equality, feminists are entitled to question whether such changes could adversely affect other women. Neither group is a homogeneous bloc and there are more than two points of view.

Women’s concerns about sharing dormitories or changing rooms with “male-bodied” people must be taken seriously. These are not just questions of safety but of dignity and fairness.

The public needs to be better informed, and safeguarding considered. The sex-based protections in the Equality Act, like case-by-case decision-making in the Prison Service, only work if service providers have adequate guidance and training. Where changes have been introduced or are proposed, including in prisons, women should be consulted.

In response, several U.S.-based reporters for the Guardian denounced their editors’ defense of women’s rights and insisted that feminism denies women the right to object when men reach for women’s legal status:

The editorial used a UK legal debate about IDs to argue that trans rights “collide” with cis women’s rights; that equality for trans women “could adversely affect other women”; and that allowing trans women to access public spaces threatens cis women’s “safety”. These arguments were met with particular dismay in the US as they echo the position of anti-trans legislators who have pushed overtly transphobic bathroom bills.

[W]omen’s intolerance should not be a legitimate reason for limiting the rights of trans women. The idea that all trans women should be denied civil rights … is the essence of bigotry and goes against feminist values.

The reporters described their mission as advocacy for minorities, not truth-telling or explaining the concerns of a democratic majority:

The Guardian has a proud history of fighting for the voiceless, the vulnerable and the disenfranchised. It was with that legacy in mind that our journalists who write and edit stories on LGBTQIA rights, women’s rights, politics, immigration, technology, business, criminal justice, gun policy and more decided to publicly voice our concern. Some of us have also seen first-hand the discrimination and violence trans women face.

The reporters also lamented that advocates for the transgender ideology are refusing to talk to them because of the editorial:

The Guardian in the US is committed to covering this important civil rights fight, but when the time came for us to report on Trump’s attacks, we encountered problems. Some trans people wouldn’t talk to us.

That’s because, days earlier, the Guardian published an editorial that we believe promoted transphobic viewpoints, including some of the sameassertions about gender that US politicians are citing in their push to eliminate trans rights.

The transgender movement is diverse, so its different factions have different goals and priorities. It includes sexual liberationists, progressives, feminists who wish to blur distinctions between the two sexes, and people who glamorize the distinctions between the two sexes. It includes high-profile children, people who are trying to live as members of the opposite sex, and people trying to “detransition” back to their sex, men who demand sex from lesbians, masculine autogynephiles, wealthy donors, politicians, political professionals, and medical service providers. 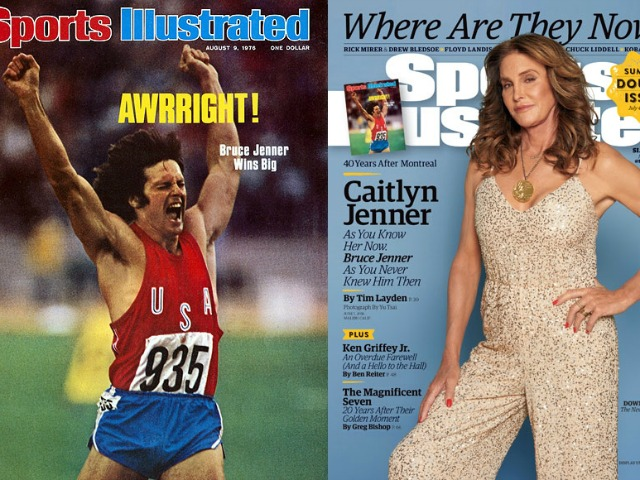 Very few people who describe themselves as transgender undergo cosmetic surgery of the genitals. Only about 4,118 Americans surgically altered their bodies in hospitals from 2000 to 2014 to appear like members of the opposite sex, according to a pro-transgender medical study.

Yet the gender ideology is rapidly gaining power, aided by huge donations from wealthy individuals and medical companies. In Ohio, for example, in February, a judge forced parents of a teenage girl to give up custody so she can begin a lifetime of drug treatments and surgery that will allow her to appear as a male.

The progressive push to bend Americans’ attitudes and their male and female civic society around the idea of “gender identity” has already attacked and cracked many of the popular social rules that help Americans manage the cooperation and competition among and between complementary, different, and equal men and women.