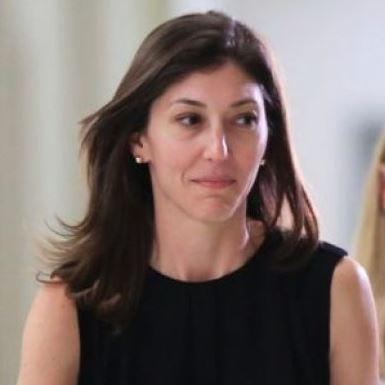 Lisa Page dished to Congress: ‘Not appropriate’ or ‘normal’ for Hillary’s aides to be present during FBI interview over email scandal

Former top FBI lawyer Lisa Page told Congress during testimony last year that she did not think it was normal or “appropriate” for a pair of Hillary Clinton’s aides to be present during her interview with agents investigating her mishandling of classified emails.

“I would agree with you that it is not typically appropriate or operationally necessary to have fact witnesses attend the interview,” Page told lawmakers during the closed-door session in July 2018, highlights of which were published by The Epoch Times on Friday.

Page’s comments came in response to questions regarding the FBI’s handling of the Clinton email probe which involved the former secretary of state’s use of an unsecured private email server in which she sent and received classified information.

Clinton was interviewed by agents on July 2, 2016, three days before then-FBI Director James Comey, during an unprecedented press conference, exonerated the 2016 Democratic presidential nominee by stating he would not recommend charges against her.

During her interview with agents, Clinton was surrounded by lawyers including top aide Cheryl Mills and Heather Samuelson. But Mills and Samuelson were also witnesses in the investigation.

As The Daily Caller reported:

Page, who served as counsel to former FBI Deputy Director Andrew McCabe, testified that Justice Department officials approved Mills and Samuelson’s attendance in the Clinton interview against the wishes of the FBI.

Page also detailed an internal debate over how to obtain laptops that Mills and Samuelson used to sort through Clinton’s emails.

“There were, I think, months of disagreement with respect to obtaining the Mills and Samuelson laptops,” Page told lawmakers, as reported by The Epoch Times.

“We, the FBI, felt very strongly that we had to acquire and attempt to review the content of the Mills and Samuelson laptops because, to the extent the other 30,000 existed anywhere, that is the best place that they may have existed,” she added.

Both of the women were eventually granted immunity by Comey’s FBI in exchange for access to the laptops.

“Having done this for many, many years, a grand jury subpoena for a lawyer’s laptop would have likely entangled us in litigation over privilege for a very long time,” then-FBI Director James Comey told members of the Senate Homeland Security Committee during a hearing on Sept. 27, 2016.

Lisa Page dished to Congress: ‘Not appropriate’ or ‘normal’ for Hillary’s aides to be present during FBI interview over email scandal