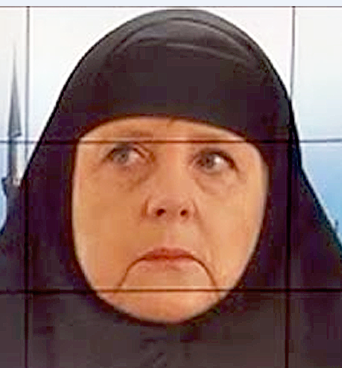 Hungary, Poland, Etc Must Surrender Control Over Borders to EU

The Hungarian government is warning that the EU’s unelected executive and Germany’s Angela Merkel want to take away national governments’ power to control their own borders and turn Europe into “a continent of immigrants”.

State Secretary for International Communications and Relations Dr Zoltán Kovács warned that plans to reform and expand the role of the EU Border and Coast Guard Agency (Frontex) were an attempt to “infringe on the sovereignty of member-states” by taking border control out of national governments’ “competence” and handing it to the supranational body.

To support his claims about the European elite’s intentions, he quoted arguably the bloc’s most influential player, Chancellor Angela Merkel of Germany:

“[President of the European Commission] Jean-Claude Juncker has already put forward a proposal that states that Frontex must be reinforced. However, this also means – and this is what I support, at least – that member-states on the external border of the EU must give up their national competencies in order to give Frontex truly comprehensive competencies.”

“Beware when a senior figure says that countries ‘with external EU borders’ should ‘surrender their national competences’,”  Kovács warned.

“That should set off warning bells throughout the EU,” he added — comparing Mrs Merkel’s words to those of billionaire plutocrat and open borders activist George Soros, when he boasted that “our plan treats the protection of refugees as the objective and national borders as the obstacle”.

The Hungarian emphasised EU leaders’ constant stress on border management — “It’s never ‘strengthening’ or ‘defending’ borders. It’s always about ‘managing’ them and that’s a euphemism for immigration,” he asserted.

Meanwhile, Hungarian foreign minister Péter Stíjjártó claimed that the increasing hostility of the Brussels establishment to pro-sovereignty, anti-mass migration conservative and national populist governments in Europe to their refusal to become “migrant hosts” at a joint press conference with his Polish counterpart, Jacek Czaputowicz.

In particular, the foreign minister highlighted the EU’s anger at Hungary and Poland being among the first European countries to follow U.S. President Donald Trump in rejecting the United Nations Global Compact for Migration — championed by the unelected EU High Representative for Foreign Affairs and Security Policy in what the Hungarian described as an attempt to “force it down nations’ throats”.