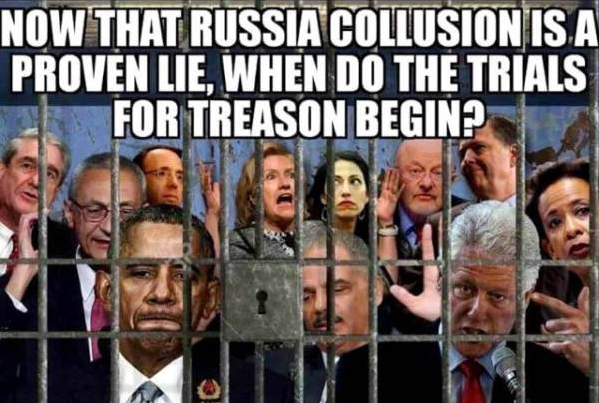 The pieces of the coup to undermine the Constitution of the United States of America are coming undone.  Evidence from various sources now confirms that Obama’s CIA, DOJ and FBI illegally spied on the Trump team starting in 2015 and then built a coup to prevent him from winning the election and later remove him from office!

As we reported on June 4, 2018, the US Senate released over 500 pages of information related to the Spygate scandal.  Hidden in the information were unredacted Strzok – Page texts that show the FBI initiated actions to insert multiple spies in the Trump campaign in December 2015.

We reported that according to far left LA Times, Comey stated in March of 2017 under oath that the FBI investigation into the Trump – Russia scandal started in July 2016.  Now we know without a doubt that Comey lied about this.

A text message released by the US Senate showed words that were redacted when the FBI released the same texts long ago. The texts show evidence of collusion and wrongdoing by Obama’s FBI.

Super-spy Tony Shaffer retweeted a tweet by Nick Falco showing that text messages between dirty cops Peter Strzok and his girlfriend in the FBI, Lisa Page, lead to information that ‘Spygate’ started in early 2015 –

I’d call this evidence of collusion and wrongdoing… https://t.co/CcTrao5bZE