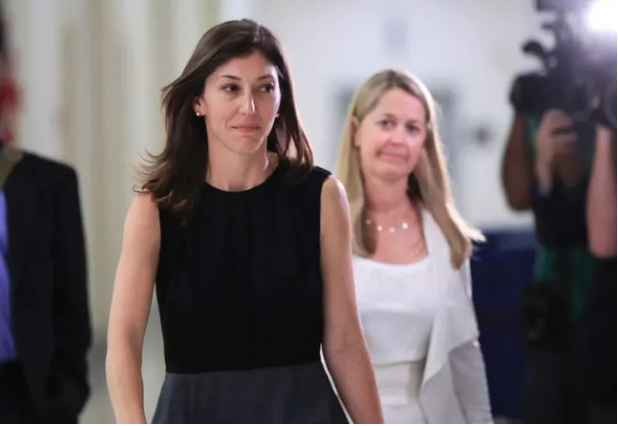 Unrepentant: Lisa Page said if she ‘had it all to do over’ she ‘wouldn’t write s**t down’ to be discovered later

Former FBI lawyer Lisa Page not only didn’t express remorse for taking part in what can only be described as an attempt by members of our government to sabotage a legitimate presidential candidate and then depose him once he was elected, she said her only regret is that she got herself busted.

During her closed-door testimony last year before a House committee, Page told a joint hearing of the House Judiciary and Oversight Committees last July, “And certainly, if I had this to do over again, I wouldn’t write this shit down in my personal – in a work-related text message. But we have not been treated fairly.”

Translation: She still would have taken part in the sabotage and subsequent coup attempt against POTUS Donald Trump, but she just wouldn’t have left any electronic bread crumbs for investigators to find and follow.

How comforting from a former FBI lawyer.

According to a transcript of her testimony released by now-Ranking member Doug Collins (R-Ga.) — because the Justice Department wouldn’t do it — at one point during questioning Page was asked by a Democrat committee staffer if there was anything she would like to say for the record; she Page wept, then said:

I have unquestionably made mistakes, but those mistakes reflect my personal life and having bad judgment. But we have both been committed to the defense of this country for our entire careers, both of us (referring to Strzok).

So we have been caught up in politics, and I understand that that happens, and certainly, if I had this to do over again, I wouldn’t write this shit down in my personal – in a work-related text message. But we have not been treated fairly.

What matters is our actions. Our personal views, regardless of what they are, are irrelevant. What matters is what we do. And over and over and over again, there is absolutely nothing that anyone can point to, to suggest that we ever took any step that was inappropriate. And, in fact, with all fairness, you have my every sentiment before you. It’s not like we held back here.

So if there was something to find, you have every single email we have ever exchanged. You have all of these text messages. There is nothing to find here. We did a good job on both cases, and we did it the way the American people would expect us to do it.