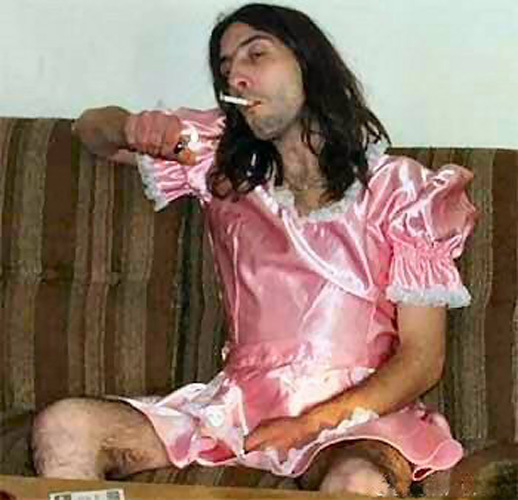 Extremists in the Democratic Party have found a new way to tear down traditional values and mores: By pretending that men can be women, women can be men, and by condemning anyone and everyone who refuses to go along with it.

And like all Left-wing lunacy, this “gender dysphoria” nonsense has been adopted by the like-minded pinheads who dominate academia.

Last week, during an event sponsored by the Young America’s Foundation on the campus of the University of Missouri-Kansas City, Michael Knowles, who hosts The Daily Wire’s “Michael Knowles Show” podcast, was sprayed with an unknown substance by a whacko protestor as he tried to deliver a speech titled, “Men Are Not Women.”

The attack prompted a response by campus police, who subdued the assailant while the room fell into chaos.

Great speech Michael, I was in the front row and caught the whole thing on video. pic.twitter.com/fVeaXs0Q4p

From the looks of things in the above video, it appears as though the chanters of “Hands up, don’t shoot!” in the small crowd — a slogan built on a myth, by the way — were likely aware of what was about to take place.

In any event, what came next was truly…educational.

The following day, the university’s chancellor, C. Mauli Agrawal, issued a statement to the campus community praising students who organized the protest against yet another conservative speaker. He also condemned Knowles and, by default, those who invited him to speak, for voicing unpopular viewpoints.

Ever notice how Leftists are so ‘welcoming’ and ‘tolerant’ of all views other than those held by conservatives? Ever notice the tone-deaf hypocrisy of the Left decrying alleged intolerance by themselves being intolerant?