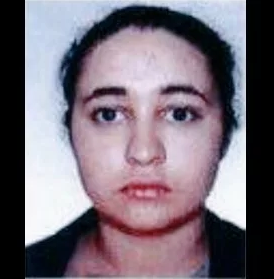 On Friday Islamic terrorists Inez Madani was jailed for eight years for her attempted car bombing outside of Notre Dame Cathedral in Paris.

Madani was wounded with a knife in the belly of a police officer during the arrest in 2016.

On Friday she was jailed for eight years in the attempted attack.

ONE OF THREE women allegedly involved in a foiled plot in 2016 to blow up a car packed with gas canisters near the Notre Dame cathedral in Paris was today sentenced to eight years in prison by a French court for earlier offences.

Ines Madani, 22, was sentenced following a three-day trial during which she was accused of encouraging would-be jihadists to go to Syria and participate in attacks against France between March 2015 and June 2016.

She used Telegram – an encrypted messaging app widely used by jihadists to communicate.

She used different pseudonyms on social networks, pretending for example to be Abu Souleymane, a jihadist returned from Raqa to carry out attacks in France.

“You had some autonomy in the management of your personality…. Your determination marks your dangerousness,” Prevost-Desprez said.