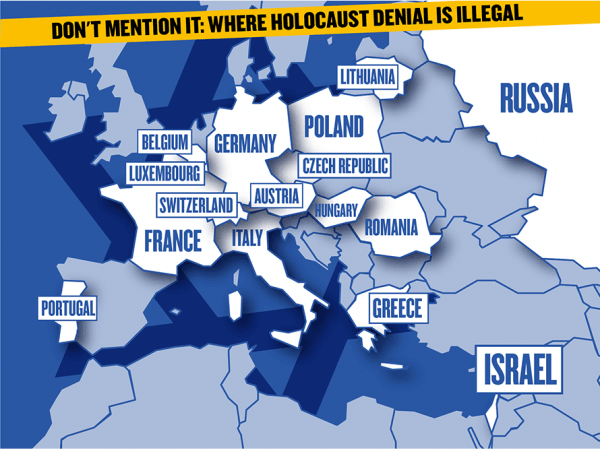 European Peoples Are Rising Up!

Do you remember Ambassador Kennan’s “Long Telegram”, written at the outset of the Cold War decades ago?

In it, Kennan underlined the differences between the Soviet and American systems and what the strategy should be to contain — and eventually defeat it.

The European Union is not the Soviet Union (although I half-joked about this on the BBC, See: https://www.independent.co.uk/news/world/europe/donald-trump-eu-ambassador-ted-malloch-tame-european-union-like-brought-down-soviet-union-russia-a7549696.html); nor is Brussels a new Moscow, offering the world an ideological alternative to liberal free-market capitalism and democracy.

The Europeans are clearly occasional friends of the US, and will forever remain so, even post-Brexit when the UK-US Special Relationship bond is likely to intensify.

The source of tension today however is the halfway house the Europeans currently find themselves in; one they built, which is both protectionist and increasingly anti-American.

The EU is a regional integration mechanism, an intergovernmental organization, and a multilateral political forum, with an executive (the Council), a legislative (the European Parliament), a judiciary (the European Court of Justice), a civil service (the European Commission), a diplomatic service (the External Action Service) and a common monetary policy for some Eurozone members (but no common fiscal policy or finance).

The EU of today obviously is not greater than the sum of its parts.

These pillars of the “ever closer union” currently do not add up to a peer or equal for America – until and unless the ultimate step is taken; probably not even then.

Should the Europeans wish to federalize and unite under one flag (perhaps, speak Esperanto or eat one cuisine), which appears less and less likely post-Brexit, they are free to do so under the democratic rights they retain as free peoples in the international order, and America will neither encourage nor discourage this outcome.

However, Euro-federalists are not the only political force in Europe, they do not hold a monopoly on political legitimacy in Europe, and the challenge to their primacy will only get stronger as they are forced to accommodate factions who represent opposite views in a post-Brexit world.

Indeed, there are impulses potentially for other countries to leave the EU, especially if and when they see the UK thriving.

Until then, the EU post-Brexit is going have to get used to being treated as soon to be 27 separate countries, with separate nationhood and sovereignties.