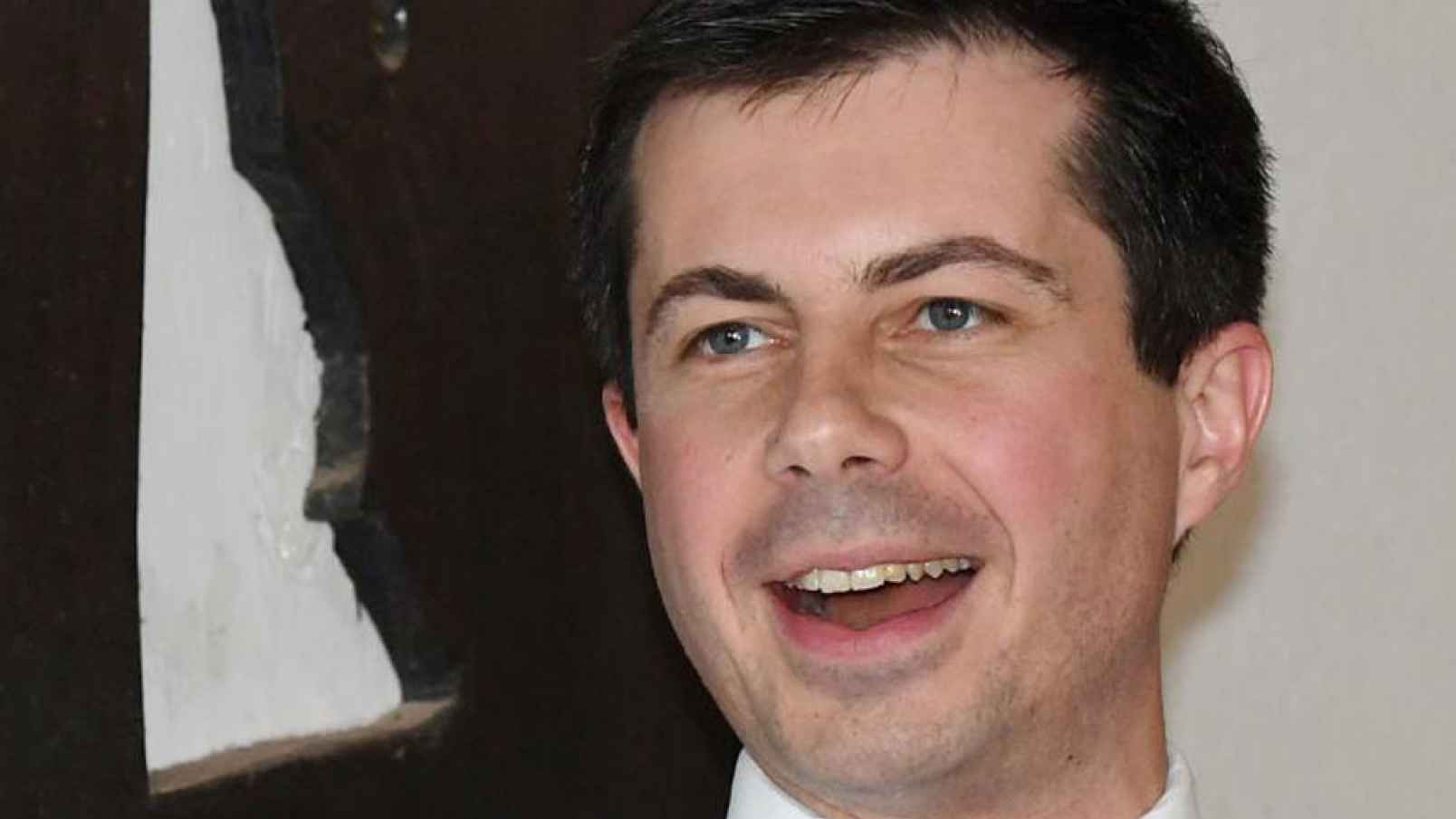 The Vigilante From South Bend

Liar, character assassin, bigot – Pete Buttigieg is a natural leader for the Democrats.

Pete Buttigieg is the latest star to emerge from Democrats’ 2020 pack, which is no surprise since he exhibits all the tropes we have come to associate with this party in the era of its Trump derangement. On the evidence just of his attacks on Vice President Mike Pence, Buttigieg is a shameless liar, a calculating character assassin and an anti-religious/anti-free speech bigot, motivated by a virulent hatred of his political opponents, especially those who have been good to him like Pence.

Buttigieg’s chosen target is one of the most decent human beings in politics, who was supportive of Buttegieg both before he revealed he was gay and after. Indeed, when Buttigieg made his public announcement, Pence, then governor of Indiana went out of his way to praise his achievements as mayor – a bit of political hyperbole since Buttigieg’s city, South Bend, is a violence-ridden mess. https://www.frontpagemag.com/fpm/273361/mayor-buttigieg-runs-president-while-his-city-daniel-greenfield Yet, even after Buttigieg’s outrageous attacks, Pence has not had an unkind word to say about him.

Using a gracious and decent opponent as a prop in a hate campaign against Christians for political gain, tells you how low Democrats have sunk this electoral season. The basis of Buttigieg’s attacks is his invention of a non-existent Pence animus towards gays. As if this were not insulting enough, he follows the false insinuation with a lecture on theology to demonstrate that not only is Pence a religious bigot, but as a religious person he doesn’t even know what he’s talking about. Speaking to a CNN lap dog in a venue where Pence was not present to defend himself, Buttigieg said: “If me being gay was a choice, it was a choice that was made far, far above my pay grade,” Buttigieg continued, “and that’s the thing I wish the Mike Pences of the world would understand. That if you got a problem with who I am your problem is not with me — your quarrel, sir, is with my Creator.” In other words, God is on my side.

This is a peculiar theological view to say the least. It is an argument that born serial killer Ted Bundy could use in his own defense. In fact, Buttigieg thinks he has actually solved the most difficult and ancient theological question of all: If God is responsible for the whole of creation how can we explain or justify the suffering and death of the innocent, and of innocent children in particular. Buttigieg’s reasoning is not only shallow, its premise is malicious and dishonest. There is no evidence that Pence has a problem with the fact that Buttigieg is gay; indeed the evidence is quite to the contrary. It is the bigot Buttigieg who is the one who has a problem with the Christian, Mike Pence.

Like his Democrat comrades – Booker, Harris, Warren – Buttigieg dons the shield of martyrdom, portraying himself as a persecuted minority whose suffering absolves him of responsibility for his aggressions and bad behavior. In fact, in the short time since Buttigieg announced he was gay, far from being persecuted as the member of a “marginalized” group, his political fortunes have taken the form of a minor miracle – an obscure mayor from a violence-ridden city of under 100,000 catapulted into the national limelight as a leading contender for the Democratic presidential nomination. Far from hurting him, it is the fact that he is gay that has powered this rise, and he knows it. I can promise you that I am more persecuted every day by slanders and lies leading to lost opportunities for being a conservative than Pete Buttigieg will probably ever be for being gay. And unlike him I cannot capitalize on my marginalization by leftwing universities, publishing houses and media organizations for the crime of disagreeing with their political prejudices.

Buttigieg’s real quarrel is not with religious bigotry, but with religious liberty, which happens to be the foundation of all American freedoms. Freedom of religious conscience is the target of an ongoing campaign by the vigilante left and its LGBTQ leaders to force religious institutions to violate their consciences by incorporating views and practices that are contrary to their religious beliefs. This intolerance was on display in the crusade to destroy the Christian baker in Colorado, not because he wouldn’t serve gays – he did – but because he wouldn’t put an endorsement of gay marriage on one of his cakes because it violated his religious beliefs. When the Supreme Court upheld his constitutional right, the vigilantes went back to his shop and demanded a cake dedicated to Satan. The baker won this battle too, which showed exactly how malicious his LGBTQ antagonists were, but at a crushing cost in legal fees and serious threats of physical violence.

In San Antonio recently, six Democratic city council members barred Chick-fil-A from opening an airport restaurant – not because the chicken was bad but because the company contributed to a 501c3 non-profit that expressed views the liberal censors didn’t like. In Buffalo New York, the same unconstitutional ban was instituted against the same company for the same unconstitutional reason. At Yale – a university now in name only – the school administrators announced that law school students who support the views of the Alliance Defending Freedom, a legal non-profit in the fight to defend religious liberty, would no longer be eligible for financial support. If you think Climate Change is the most serious threat to our democracy, think again.

The left’s war against the First Amendment is national in scope, and fully supported by the Democratic Party, whose goal is apparently a one-party state. Christians are on the frontline of this battle because the left’s bigotry singles them out as a special target. Christians created all the freedoms we hold dear as Americans beginning with inalienable rights to life, liberty and the pursuit of happiness, and they are on the front line defending them.

The Democratic Party has declared war on the 1st and 2nd Amendments, and also the 4th Amendment which created the Electoral College as a bulwark to defend the rights of the minority against the tyranny of the majority. Democrats have already declared their objection to the United States Senate because its existence reflects the concerns of America’s religious founders and not the socialist whims of Elizabeth Warren and Alexandria Ocasio-Cortez. For the same reason and to advance their goal of a one-party state, they don’t want borders and they want non-citizens and felons and children to vote. Finally, they want to prevent any I.D. requirement at the ballot box which would ensure the integrity of the system and prevent their allies from voting over and over until they win.

Mayor Pete Buttigieg is a natural leader for this sinister movement, which begins with the character assassination of political opponents, at which he has already shown himself adept. Portray those who disagree with you as anti-gay bigots and white supremacists and women haters, and shut down the democratic dialogue itself. That is what a one-party state is all about, and we are rapidly approaching it.

David Horowitz is a conservative thinker and writer who has authored dozens of books over the course of his lifetime. He began his political career as one of the founders of the New Left in the 1960s and served as an editor of its largest magazine, Ramparts. As described in his bestselling autobiography Radical Son (1997), Horowitz was forced to confront some difficult truths about the political left after a close friend of his was murdered by the Black Panthers, and ultimately found a political and intellectual home as a conservative activist. Well-known conservative author and economist George Gilder described Radical Son as “the first great autobiography of his generation.”

In 1988, David Horowitz founded the David Horowitz Freedom Center (originally named the Center for the Study of Popular Culture), a not-for-profit organization located in Sherman Oaks, California. The Center’s mission is to defend free societies such as America and Israel, which are under attack by totalitarians both religious and secular, domestic and foreign.

Through his work at the Freedom Center, Horowitz has fought many important political battles including exposing the deadly intentions of adherents to radical Islam and their stealth jihad in America, challenging left-wing indoctrination in our nation’s K-12 public schools and universities, and advocating for colleges to withdraw funds from terrorist-affiliated campus organizations such as Students for Justice in Palestine. Horowitz is a frequent speaker at colleges and universities across the nation.

Horowitz’s many published works include The Art of Political War And Other Radical Pursuits; Unholy Alliance: Radical Islam and the American Left; The Professors: The 101 Most Dangerous Academics in America; Radicals: Portraits of a Destructive Passion; and The End of Time. His most recent political work, Big Agenda: President Trump’s Plan to Save America, spent ten weeks on The New York Times’ best-seller list. His complete bibliography may be found here.

Together with his friend Peter Collier, Horowitz authored three bestselling dynastic biographies: The Rockefellers: An American Dynasty (1976); The Kennedys: An American Dream (1984); and The Fords: An American Epic (1987). Looking back in anger at their days in the New Left, he and Collier wrote Destructive Generation (1989), a chronicle of their second thoughts about the 60s that has been compared to Whittaker Chambers’ Witness and other classic works documenting a break from totalitarianism. Horowitz examined this subject more closely in Radical Son

Horowitz’s most recent book is Dark Agenda: The War to Destroy Christian America, published by Humanix Books on March 5th, 2019.