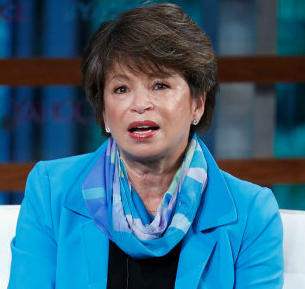 Jarrett’s book had such a bad debut that it went from an initial cover price of $30 to only $18 in just ten days, the Daily Caller reported.

The book was also very low on the sales list for Barnes & Noble Booksellers, appearing at only number 1,244 that first week.

In addition, the Publishers Weekly bestsellers list, which is based on actual book sales as tracked by BookScan, did not even record Jarrett’s book anywhere on its top 25 top selling books.

But despite selling few copies and appearing quite low on the sales lists, Jarrett’s Finding My Voice: My Journey to the West Wing and the Path Forward made an astonishing appearance at number 14 on the Times Best Sellers list.

In comparison, book sales for the titles that appear from number one down to number 13 on the outlet’s list sold between 4,500 and 10,000 copies each. Again, Jarrett’s sold only 12,600 copies in its first week.

According to Marji Ross, the president of conservative book publisher Regnery, the inclusion of Jarrett’s book on the Times list is impossible to explain.

“This is the first time that I’ve seen a book that doesn’t show up on the PW list, but when you drill into BookScan, you see that it had sales that should have been there,” Ross said.