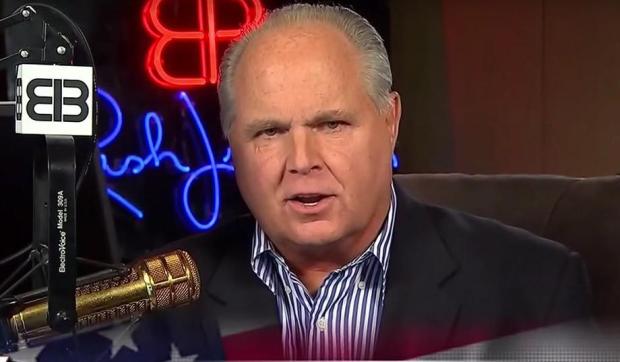 Limbaugh: Mueller report could have been ‘one page long’ but was ‘written for Democrats’

Top talker Rush Limbaugh on Thursday panned the 440-plus-page report from special counsel Robert Mueller for being unnecessarily long when, given its conclusions, it could have been just “one page.”

But he added that the report was what he thought it was going to be: A gift for Democrats ahead of the 2020 election that they could use to bludgeon POTUS Donald Trump with as they campaign for election or reelection.

“This report could have been issued in one page: We found no evidence of collusion between the Russians and the Trump campaign, period, and we don’t have enough to say that there was any obstruction of justice. You could have done this in one page, maybe two, and be done with it,” Limbaugh continued.

“But, no. I’ve had a chance to read some of this report today — by no means all of it, it’s 400 pages. And, my friends, I’m telling you, this report is made to order for the Democrat Party to ignore what is the only important thing about this: no collusion, no obstruction, period. That’s it!”

He noted further that talking heads on the cable news networks were discussing “and reading various excerpts from the report” with supposed expert panelists “explaining how, ‘Why didn’t Mueller charge obstruction? Why, it’s all here?’”

This report is just the latest installment of the ongoing effort to convince as many Americans as possible that Donald Trump is illegitimate, that his election was illegitimate, that he’s a bad guy and that he doesn’t deserve to be president. He may not have colluded with Russia, but he sure as hell tried to get in the way of our investigation.