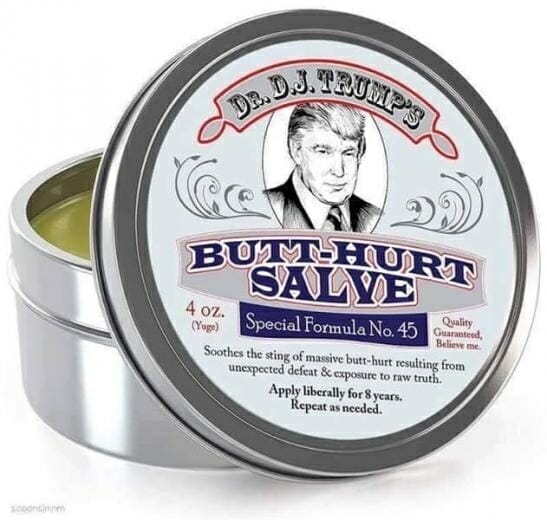 2020 LANDSLIDE? Trump’s approval rating at all-time HIGH as he tops Obama at same time in presidency

Not that we believed the Democrats were going to field a candidate worthy of defeating POTUS Donald Trump but all things considered, at least at the present time, it will take a miracle for Democrats to pull off an upset next year.

According to Gallup, POTUS Trump’s approval ratings are at all-time highs and have even soared past President Obama’s ratings at the same time in his presidency.

A new Gallup poll shows Donald Trump’s presidential job-approval rating hitting a new high of 46 percent. The survey was conducted from April 17 to April 30, almost entirely following the public release of the Mueller report on April 18.

“The latest rating extends the upper limits of President Donald Trump’s narrow approval rating range by one percentage point, from his previous range of 35% to 45%,” Gallup notes.

Trump has hit a high of 45 percent approval with Gallup three times during his presidency — “following his inauguration in January 2017, after his June 2018 meeting with Kim Jong Un, and after Attorney General Bill Barr released his letter summarizing the Mueller report in March 2019,” National Review reported.

The president’s ratings are even higher at Rasmussen Reports, which was one of the few polling firms to have correctly forecast POTUS’ victory over the habitually investigated Hillary Clinton. As of Monday, Rasmussen has the president’s approval rating at 50 percent where it has been the bulk of the past week.

National Review — not necessarily a #NeverTrump ‘conservative’ publication but not a full-throated defender of his obvious conservative achievements, added:

On one hand, polling below 50 percent still isn’t a good place to be for an incumbent, especially given the strong economy, and the president currently trails Joe Biden by 7 points and Bernie Sanders by 3 points in the RealClearPolitics average of polls.

On the other hand, Barack Obama’s job-approval rating was 44 percent in Gallup polling at the same point in his presidency (April 2011), and he still managed to find a way to win re-election in 2012.