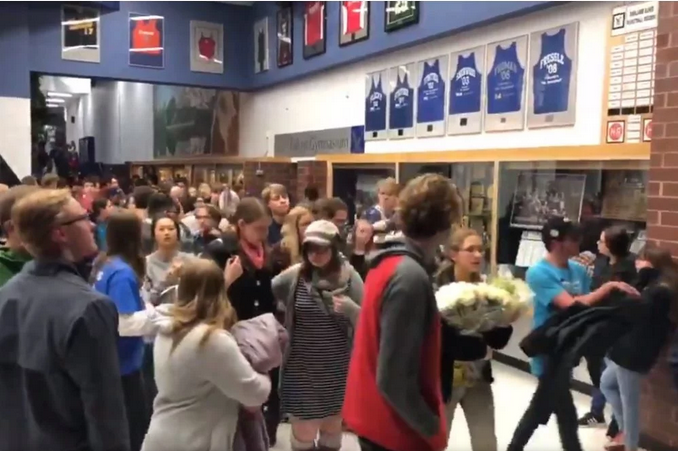 Sen. Michael Bennet and Rep. Jason Crow each took a turn calling for gun control at the Douglas County event before students streamed out in protest.

Colorado students walked out of an event billed as a vigil for Kendrick Castillo, an 18-year-old killed in a shooting at his school on Tuesday, when prominent speakers attempted to turn it into a rally for gun control. Sen. Michael Bennet (D-Colorado) and Rep. Jason Crow (D-Colorado) each took a turn calling for gun control at the Douglas County event before students streamed out in protest.

Two students at STEM Highlands Ranch, a K-12 charter school focused on science, technology, engineering, and math, shot nine students, one fatally. The accused students, who were arrested, are an adult male and a juvenile female who identifies as male. The accused male had written anti-Christian social media messages. He drove a car with a pentagram spray-painted on the hood, as well as other graffiti: 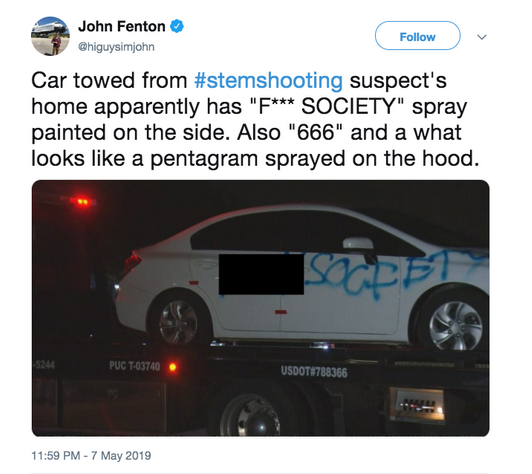 In response to the shooting, a public vigil was announced at another local public high school: Highlands Ranch High School. It was sponsored by the gun control groups Brady’s Team Enough and March for Our Lives and featured Democratic politicians who seek limits on Second Amendment gun rights, but was billed instead as an event to remember and honor Castillo and other victims. As the politicians called for gun control, students left in protest over the politicization of the deaths and injuries. 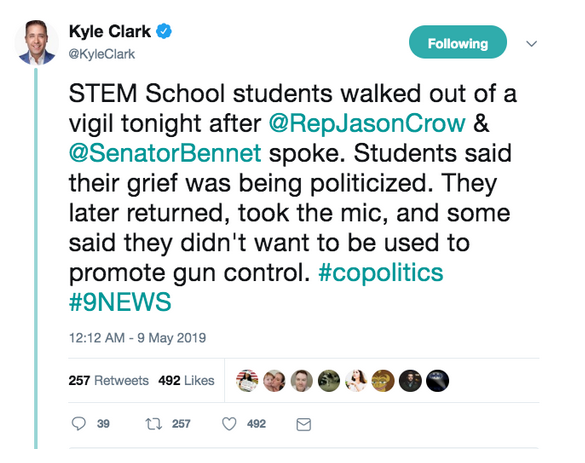 Bennet, who is running for the Democratic nomination for president and is pictured in the tweet below, said, “We live in a great country, but we need to fix these broken gun laws.”