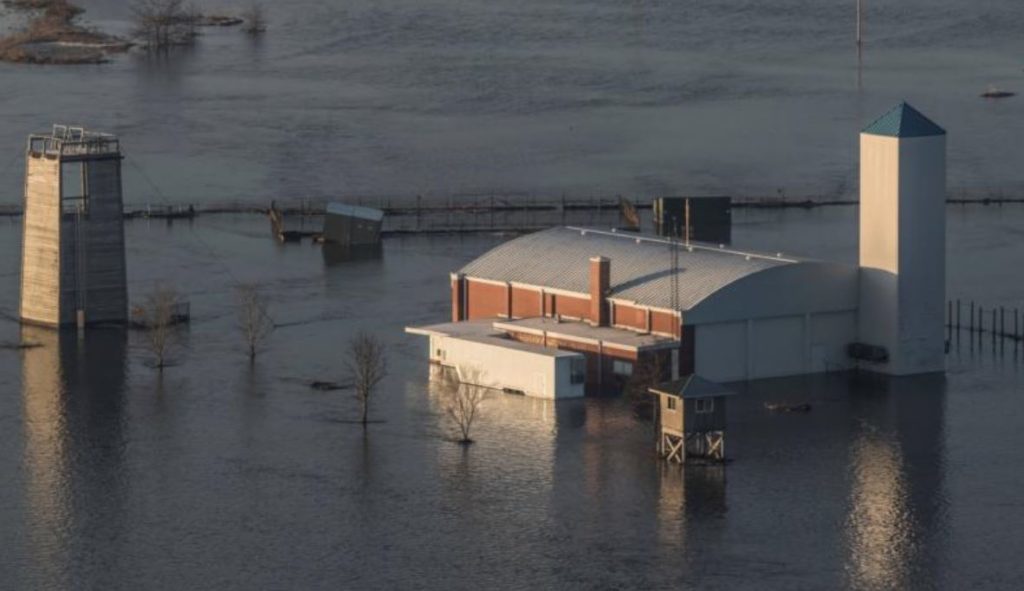 Is Global Famine On Dinner Plates After Autumn 2019 Courtesy Of Weather Geoengineering?

As I sit in SE Pennsylvania writing this article on May 12, 2019, I have to confess nothing here is normal weather-wise!  Hey, it’s supposed to be springtime.  However, it’s damp, dark—almost like at the per-sunset hour; raw—bone-penetrating raw temps—at midday with temperatures ranging anywhere from the low 40s to 50s, depending upon location.  Geo-engineered rain is falling—as most days in the last 2 years—all day long from microwave-produced scalar clouds.  What a waste of ‘programmed’ water resources, which could be “meteorologically delivered” to the West Coast of the USA, that’s if weather programming geoengineers were generous and didn’t want to negatively and agriculturally ‘strategically’ impact the premiere fresh food (fruits and vegetables) growing state in the USA.

Yesterday began as a cloudless, dusky-clear-blue sky, with the blessed SUN shining overhead.  I think everyone in the region was out and about basking in the luxury of SUNSHINE!  Then, about 4PMish, 2 weather engineering planes flew overhead creating one spectacularly HUGE letter “X” in the sky above, which spread into an all-encompassing cloud cover apparently filled with high-energy microwave scalar clouds to usher in today’s “unseasonable” weather.  Nothing here regarding weather is normal anymore; even radio commentators make remarks!  By the way, this pattern will last until Wednesday, May 15th, when the Sun and near normal temperatures are predicted to return. Then the apparent pre-programmed weather pattern probably will be rain or thundershowers daily, as has been the normal spring weather pattern in 2019.

In this region, it’s supposed to be spring crop planting time for farmers, who apparently are not very happy about muddy growing fields.  No dry-out times seemingly are permitted this spring.  Frankly, I can see it coming: No food harvests due to weather-issue-related crop damage and failures!

The 2018 growing season in Pennsylvania was a disaster for many farmers.

The Wolf Administration today notified farmland owners in 61 Pennsylvania counties that they are eligible to receive disaster relief assistance from the United States Department of Agriculture.

If the same geoengineered wet weather patterns of the 2018 growing season will be dumped upon Pennsylvania AGAIN during the 2019 food growing season—wet planting spring and a wet autumn harvest time, will we lose more of our local farms and farmers—is that the ultimate plan, especially for those committed food producers who practice organic farming?  Is a pattern starting to present, which no one seems to be recognizing, nor doing anything about, specifically here in the Commonwealth?  Why aren’t ‘progressive’ legislators highlighting obvious weather disasters similarly to how they tout socialism?  Who’s bridling opposition to what is apparent ‘weaponized weather’?

But Pennsylvania is not unique!

Texas and Pennsylvania seem to have similar flooding weather patterns.

Recent winter and spring 2019 weather all across the USA ought to become more apparent than a wake-up call to we, who are involved with … eating food.  Is there a clarion-type, food-production disaster developing within the USA agricultural system?  Cui bono?  Big Ag and Factory Farming!

The states in the region — North Dakota , South Dakota , Nebraska , Kansas ,Minnesota , Iowa , and Missouri — are considered to be the “breadbasket of America” and produce agricultural staples such as corn, wheat, milk, and cattle for the United States and the world.[2]

Is Weather Geoengineering a Reality or a Conspiracy, and why should we, who the globalists call ‘useless eaters’, be concerned?

First and foremost, whoever had the chutzpah and financial resources to construct the Georgia Guidestones apparently thought it was within their sense of morality to tell the world what’s probably being programmed for the future of we, useless eaters and sheeple[1], when this was chiseled in stone as the first of the new ten commandments establishing the New World Order:

Currently there are 7.7 billion humans on the Planet!  How, and when, do they plan “to off” most of us?  Wouldn’t ‘age-old-famine’ automatically be media-reported, plus ‘sold’ as an Act of God or blamed on Mother Nature screwing around with the weather?

Mother Nature doesn’t act that way; Nature, when left to her devices, always allows for recuperation time.  Remember the Noah flood or Mount St. Helen’s.  However, when man-made technology interferes with Nature, we really do not know what to expect.  What impacts do billions of microwave RFs have on everything?

However, many theorists are inclined to blame “climate change” on humans.  That’s absolutely correct!  Is it not New World Order globalist corporations funding weather geoengineering[2] airplanes[3]-[4] and even passenger jet airliners[5]?

Do you or I pilot those chemtrail-spraying planes?  Heck no!

Did you or I invent the weather geoengineering patents and an overarching program for apparent global governance and population control, which they plan to blame on “Mother Nature”?  Heck no!

Bloomberg recognized what’s going on when it published “Climate Change Is Messing With Your Dinner.”  However, the average person on the street doesn’t get it!

How truly pathetically sad and disastrous is that?

If only people would look up to the skies; take their eyes and hands away from their tech devices, they could see what’s happening in plain sight that just may eliminate wines, steaks, ice cream and organic food.

Will the 2019 crop growing season become a bellwether indicator?  It sure looks like that from what’s happening here in SE Pennsylvania—again!

Catherine J Frompovich (website) is a retired natural nutritionist who earned advanced degrees in Nutrition and Holistic Health Sciences, Certification in Orthomolecular Theory and Practice plus Paralegal Studies. Her work has been published in national and airline magazines since the early 1980s. Catherine authored numerous books on health issues along with co-authoring papers and monographs with physicians, nurses, and holistic healthcare professionals. She has been a consumer healthcare researcher 35 years and counting.

Her 2012 book A Cancer Answer, Holistic BREAST Cancer Management, A Guide to Effective & Non-Toxic Treatments, is available on Amazon.com and as a Kindle eBook.

Two of Catherine’s more recent books on Amazon.com are Our Chemical Lives And The Hijacking Of Our DNA, A Probe Into What’s Probably Making Us Sick (2009) and Lord, How Can I Make It Through Grieving My Loss, An Inspirational Guide Through the Grieving Process (2008)

Provide, Protect and Profit in unstable times! Get a free issue of Counter Markets today.

Free ebook How To Survive the Job Automation Apocalypse

Free ebook How To Get Started with Bitcoin: Quick and Easy Beginner’s Guide