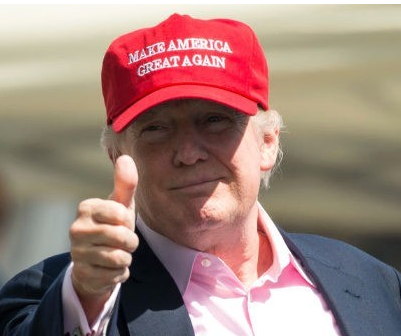 ‘Trump, Frustrated by Advisers, Is Not Convinced The Time Is Right to Attack Iran’

Is President Trump trying to deescalate the situation or does this mean the time will be right only after our “allies” stage a false flag?

I don’t think Trump wants a war with Iran, but it doesn’t seem like he’s even running the show anymore. From The Washington Post, “Trump, frustrated by advisers, is not convinced the time is right to attack Iran”:

President Trump is frustrated with some of his top advisers, who he thinks could rush the United States into a military confrontation with Iran and shatter his long-standing pledge to withdraw from costly foreign wars, according to several U.S. officials. Trump prefers a diplomatic approach to resolving tensions and wants to speak directly with Iran’s leaders.

Disagreements over assessing and responding to the recent intelligence — which includes a directive from Iran’s supreme leader, Ayatollah Ali Khamenei, that some American officials interpret as a threat to U.S. personnel in the Middle East — are also fraying alliances with foreign allies, according to multiple officials in the United States and Europe.

“[S]ome officials interpret as a threat.”

That translates to: “This is made up bulls**t which no one believes.”

This Onion satire was dead on:

John Bolton: ‘An Attack On Two Saudi Oil Tankers Is An Attack On All Americans’ https://t.co/Dgny7ss6pJ pic.twitter.com/nvxyCtNCVh

Every time the US threatens to attack Iran and Iran responds by saying they’ll defend themselves, their statement is reported as a threat to attack America.

We see this same BS from our lying media over and over again.

Trump grew angry last week and over the weekend about what he sees as warlike planning that is getting ahead of his own thinking, said a senior administration official with knowledge of conversations Trump had regarding national security adviser John Bolton and Secretary of State Mike Pompeo.

“They are getting way out ahead of themselves, and Trump is annoyed,” the official said. “There was a scramble for Bolton and Pompeo and others to get on the same page.”

Bolton, who advocated regime change in Iran before joining the White House last year, is “just in a different place” from Trump, although the president has been a fierce critic of Iran since long before he hired Bolton. Trump “wants to talk to the Iranians; he wants a deal” and is open to negotiation with the Iranian government, the official said.

“He is not comfortable with all this ‘regime change’ talk,” which to his ears echoes the discussion of removing Iraqi President Saddam Hussein before the 2003 U.S. invasion, said the official, who, like others, spoke on the condition of anonymity to discuss private deliberations.

It’s nearly an exact repeat of Iraq, with most of the same players. All they need is a spectacular false flag to justify the attack.

That’s a nice way to signal to our “allies” that the time is right to stage a false flag. Similar happened with the attack on Syria, which an alleged newly leaked OPCW report suggested was staged.