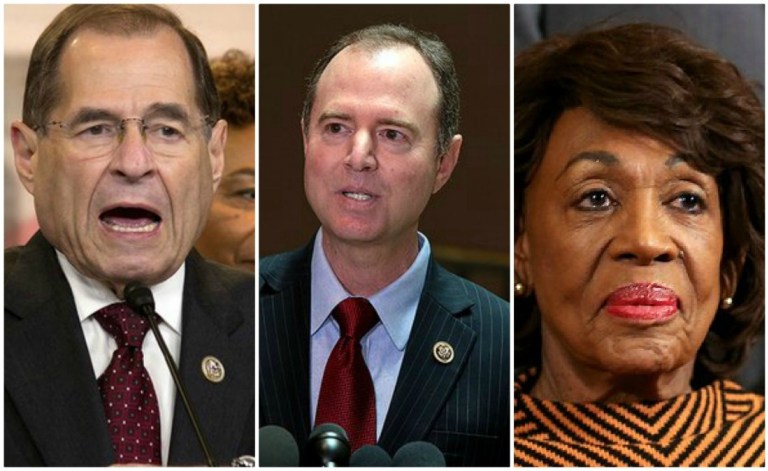 We’re not in the habit of giving Democrats useful political advice, so we won’t try to do so at this time, either, but if we had to, we’d say, ‘When it comes to Russiagate, cut it out.’

That’s because a pair of new surveys show very clearly and definitively that Americans are sick and tired of hearing about it and want congressional Democrats to move onto something resembling goverance.

According to a new national survey conducted by Monmouth, a majority of Americans say it’s time for Congressional Democrats to move on to other subjects.

Oh, and most Americans are none too keen on Democrats’ call for impeaching POTUS Donald Trump, either, according to Monmouth:

While a clear majority of the public supports getting more details about the Mueller report, just over half (52%) say that Congress should move on to other issues now that the investigation has concluded.

Just 41% say that Congress should continue to look into concerns related to the inquiry. These results are similar to the public’s opinion last month just before the report was released…

The poll finds that 39% of Americans feel that Trump should be impeached and compelled to leave the presidency while 56% disagree with this course of action.

“By double-digit margins, voters want Congress to “move on to other issues,” and the gap grows even wider on impeachment,” Guy Benson at TownHall writes.

More: Another survey, this one from CBS News, finds that a majority of voters would love for Congress to move onto other issues because they have heard plenty about the report by special counsel Robert Mueller to form their own opinions and conclusions:

majority of voters want the legislative branch to pursue other issues, as they’ve heard enough about the Mueller report to have formed their own conclusions. Fifty-three percent want Congress to “drop” Russiagate while just 44 percent want the investigations to continue.