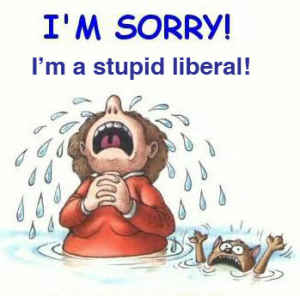 Are you gay? Do you support President Donald Trump?

Well, at least one person thinks that “you should combust.” I’m sure they’re not the only one.

According to TheBlaze, that sort of invective was prompted by a shirt being sold by the Trump campaign’s official website. The tee is adorned with the rainbow flag and the words “LGBTQ for Trump.”

“Show your pride and your support for Trump with this exclusive equality tee,” the description for the $24 piece of swag reads.

It seemed to get people’s attention right before Pride Month starts in June. So, prepare for a meltdown in three, two, one…

TRENDING: Trump Tells Reporters Just How Far His Declassification Goes: ‘We Are Exposing Everything’

Trump — who banned trans troops, is against LGBT employment protections, wants ppl to be able to turn away LGBT customers, & is denying citizenship to kids of US gay couples born out of wedlock — is selling LGBTQ for Trump shirts for Pride https://t.co/LcfzYb6oF9 via @NewNowNext pic.twitter.com/QAG6M7tlxJ

This was the reaction from BuzzFeed News’ David Mack. It wasn’t unique:

SO the Trump campaign is selling pride shirts… Please my fellow LGBTQ+ people, if you support that trash heap, wear one, so we all know not to date you. Like seriously, if you voted for him or support him, just let the other gays know for our sakehttps://t.co/yl6Eie62n7 pic.twitter.com/i8M37ws6px

In fairness, I’m pretty sure someone wearing this T-shirt wouldn’t want to date you either.

This was actually a common sentiment, as if LGBT Republicans would somehow be dying to get into a relationship with someone who has absolute contempt for LGBT Republicans.