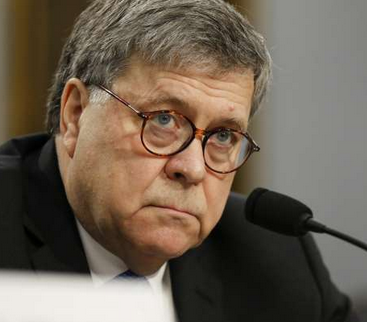 PURE BRILLIANCE: How AG Barr Outsmarted Mueller and His ‘Pitbull’ Weissmann and Shut Down the Russia Hoax

AG Barr outsmarted Robert Mueller and his ‘pitbull‘ Andrew Weissmann to end the Russia Hoax. And, he did this all in one weekend.

Here’s how he did it.

One of the first things that Bill Barr did after being appointed President Trump’s new Attorney General on Valentine’s Day in 2019, was to meet with Robert Mueller and his team. Barr stated that he and Mueller met a couple weeks after his appointment –

Barr, in testimony to the Senate Judiciary Committee, said that he and the Justice Department’s No. 2 official, Deputy Attorney General Rod Rosenstein, met with Mueller as early as March 5 to discuss the findings of the special counsel’s probe, which was nearing its conclusion after nearly two years.

Mueller had been tapped to probe Russian interference in the 2016 presidential election, potential collusion between the Kremlin and President Donald Trump’s campaign, and possible obstruction of justice by the president.

At the March 5 meeting, Mueller indicated that he and his team of more than a dozen prosecutors would not bring charges against the president for obstruction – but they wouldn’t exonerate him.

“We were frankly surprised that they were not going to reach a decision on obstruction, and we asked them a lot on the reasoning behind this and the basis for this,” Barr testified. “We did not understand exactly why the special counsel was not reaching a decision, and when we pressed him on it, he said that his team was still formulating the explanation.”

Barr then apparently requested that Mueller (no Mueller’s not a man of integrity – his appointments to the Special Counsel absolutely prove it- Weissmann, Strzok, Page, Rhee, etc…) complete his report and provide it with all grand jury items notated.

Barr was also smart enough to keep DAG Rod Rosenstein on until the Special Counsel was over. It’s unknown why Rosenstein agreed to do this. We know Rosenstein’s actions were corrupt. He approved the members of the Mueller team, in spite of their numerous conflicts, in direct obstruction with the law. Rosenstein hired Mueller who had obvious conflicts, the day after Mueller was turned down for FBI Director. And, we now know that Rosenstein did not replace Mueller in spite of President Trump’s requests to put someone over the investigation who wasn’t conflicted. Despite all this, Barr kept Rosenstein on so that he could have a co-signer on his four page announcement of Mueller’s conclusions.

Mueller next tried to put President Trump and his AG Barr a precarious position. He and Weissmann decided to provide Barr a report with no grand jury items notated in spite of Barr requesting that Mueller provide this information. No doubt Mueller and Weissmann wanted to put Barr in a bind. They did this so that they and Democrats could complain about Barr taking too long to release the report and accuse Barr of editing the report. This is where Barr masterfully handled Mueller and his corrupt team’s political actions.