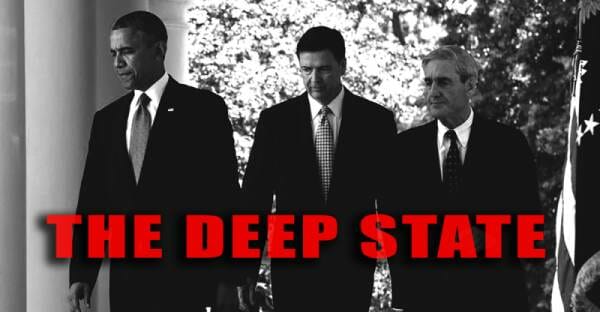 A week before President-elect Donald J. Trump was inaugurated in January 2017, British intelligence officials contacted his incoming national security team, then led by National Security Adviser-select Michael Flynn, that they had ‘little confidence’ in the veracity of the infamous “dossier” written by former MI6 spy Christopher Steele.

Not only that, according to investigative journalist John Solomon writing at The Hill, but multiple witnesses have informed Congress of the same thing, including the fact that “Britain’s top national security official sent a private communique to the incoming administration, addressing his country’s participation in the counterintelligence probe into the now-debunked Trump-Russia election collusion.”

Solomon noted further that the memo outlining the UK’s involvement in “Spygate” and informing Team Trump that Steele’s politicized dossier — financed by Fusion GPS with money paid by the Hillary Clinton campaign — was written by then-British national security adviser Sir Mark Lyall Grant and hand-delivered to the incoming administration.

Further, special counsel Robert Mueller also knows about this memo, the UK’s involvement, and the fact that the dossier was garbage, Solomon noted:

Congressional investigators have interviewed two U.S. officials who handled the memo, confirmed with the British government that a communique was sent, and alerted the Department of Justice (DOJ) to the information. One witness confirmed to Congress that he was interviewed by special counsel Robert Mueller about the memo.

Now the race is on to locate the document in U.S. intelligence archives, to see if the witnesses’ recollections are correct. And Trump is headed to Britain this weekend, where he might just get a chance to ask his own questions.

“A whistleblower recently revealed the existence of a communique from our allies in Great Britain during the early days of the Russia collusion investigation,” Rep. Mark Meadows (R-N.C.), a member of the House Oversight Committee, told Solomon.

“Based on my conversations with that individual, and the credible timelines that are supported by other events, I made a referral to Attorney General William Barr and Inspector General Michael Horowitz for further investigation,” he added.

“There now is overwhelming evidence to suggest that on multiple occasions the FBI was warned that Christopher Steele and the dossier had severe credibility issues.”

So, not only did the FBI know the dossier was complete BS when they used it to obtain the FISA court warrants to spy on Carter Page, then a member of the Trump campaign, everyone involved in the ongoing effort to depose the president — a soft coup, if you will — is also aware of its lack of credibility.

That includes Democrats who are now vocally calling for impeachment based on Mueller’s self-serving press conference Wednesday, in which he heavily suggested that the only reason he did not recommend ‘obstruction’ charges against the president is because of long-standing Justice Department policy stating a sitting president cannot be indicted.

This, after he told AG Barr three times during a meeting in early March that the DoJ guidance had nothing to do with his lack of recommending obstruction charges.

These revelations by Solomon are further evidence a) that the entire Spygate operation was based on a hoax; b) was completely political; c) has been exposed as such to everyone involved, including members of Congress; and d) provides the defining evidence that President Obama authorized the unaccountable deep state loose on an opposition presidential campaign with the express purpose of undermining and derailing it.

None of this could have happened without Obama’s knowledge or approval, as we have long known.

Interestingly, sources close to Flynn say he was never informed about the memo and, thus, neither was POTUS Trump, most likely.

But, as Solomon notes, whistleblowers have told congressional investigators that’s not true, that they know for certain Flynn was made aware of the memo:

Congressional investigators say one former Flynn team member approached them recently as a whistleblower and disclosed the existence of the communique because the person believed it was relevant to the ongoing review of the FBI and intelligence community’s conduct in the Russia probe.