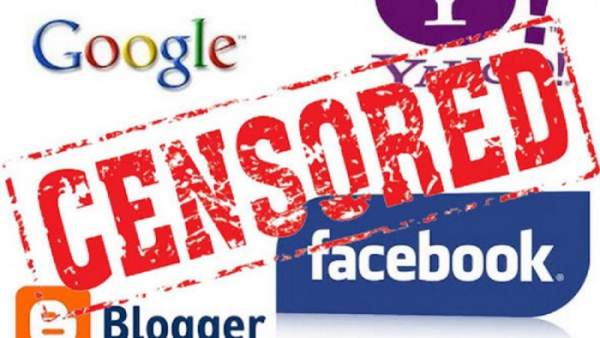 (Natural News) Fed up with blatant, overt censorship, a Polish non-governmental organization (NGO) has filed a landmark lawsuit against social media giant Facebook, alleging that the platform ‘stymies’ speech.

News of the lawsuit comes as Natural News founder and editor Mike Adams, the Health Ranger, received notice from Facebook that content from the site has been forever banned from the platform for nothing more than disagreement over its content.

As reported by Euractiv, the Polish-based lawsuit is believed to be the first in Europe to push back against “private censorship.”

The SIN group has also been subjected to censorship on Facebook-owned Instagram, the suit says, noting that the latter platform banned the group’s content completely in January.

SIN claims that articles 23 and 24 of the Polish Civil Code have been breached as a result of the take downs, infringing on the group’s rights including freedom of speech as well as damaging its reputation.

The group’s main aim in their online communications channels, they say, is to provide drug education and warnings against the “harmful effects of psychoactive substances.” Its drug-prevention strategy is to reach out to young people “who tend not to listen to experts or teachers but who are very active on social media.”

Get more news like this without being censored: Get the Natural News app for your mobile devices. Enjoy uncensored news, lab test results, videos, podcasts and more. Bypass all the unfair censorship by Google, Facebook, YouTube and Twitter. Get your daily news and videos directly from the source! Download here.

And, according to SIN, the group’s drug abuse prevention approach has been supported by several global institutions including the Red Cross, the European Union, and the United Nations.

“By blocking our communication channels, Facebook made it difficult for us to help people who need it the most,” SIN spokesperson Jerzy Afanasjew said in a statement. “It also undermined our reputation by suggesting that we do something illegal.”

‘The user must be informed’

According to documents related to the case, the group notes that it seeks “to fight to defend the rights of users whose freedom of expression was unduly restricted by arbitrary banning by the tech giant.”

The cause was filed with the Warsaw District Court in early May and is backed by the Panoptykon Foundation, a Poland-based NGO whose stated mission “is to protect fundamental rights and freedoms in the context of fast-changing technologies.”

According to Dorota G?owacka, an attorney with the Panoptykon Foundation, “The strategic goal of our court case is to challenge online platforms and incentivise them to move away from their current opaque and arbitrary methods of content moderation and to introduce measures which will better protect our freedom of speech.”

Continuing, she noted, “The user has to be informed why his or her content was blocked and be able to present arguments in his or her defense.”

Court cases have forced Facebook to change its practices in the past, as noted by the ACLU’s successful legal effort to get the platform to alter its paid advertising platform which “removed discriminatory elements of the social media giant’s targeted ads framework.”

For his part, Adams argues that “techno-fascists” like Facebook and other social media giants “now represent the greatest threat to human freedom the world has ever seen.”

“Remember: As all this censorship is taking place, the tech giants somehow claim they aren’t censoring anyone at all. They claim to have a monopoly on ‘facts’ or ‘truth’ and proclaim themselves to have the King’s unique right to decide who gets to speak and who must be silenced,” he notes.