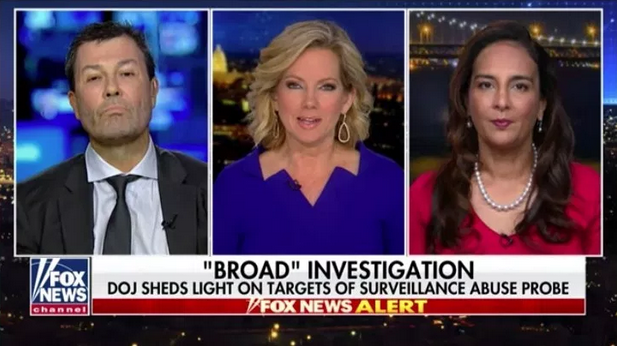 The Justice Department on Monday announced that its probe into abuses of the FISA court and surveillance authorities by U.S. intelligence, federal law enforcement, and ‘third-party” non-governmental organizations against the 2016 Trump campaign have been expanded and are “broad,” as legal experts predicted convictions at the end of the process.

Attorney General William Barr pledged a ‘deep dive’ into what appear to be systemic abuses of the Foreign Intelligence Surveillance Act court by ranking DoJ, FBI, and intelligence officials in the Obama administration, as his hand-picked U.S. attorney, Connecticut-based John Durham, casts a wider net.

“The review is broad in scope and multifaceted, and is intended to illuminate open questions regarding the activities of U.S. and foreign intelligence services as well as non-governmental organizations and individuals,” said Assistant Attorney General Stephen Boyd in a letter to House Judiciary Committee Chairman Jerrold Nadler (D-N.Y.).

“Democrats should be worried who were in the Obama administration and any Democrats who participated in what is clearly a vast conspiracy to overturn the results of the 2016 election, and even before that election occurred,” said Harmeet Dhillon of the Republican National Lawyers Association, in an interview with Fox News.

“Also, high-ranking employees of the Department of Justice but more, the FBI, who engaged in this conspiracy, mislead courts, misused our surveillance powers against American citizens and generally betrayed their oaths,” she continued.

“I think those people need to be very scared tonight because Mr. Durham has been given space in the main office of the DoJ and staff, and he is serious, and I think heads are going to roll at the end of this process” Dhillon noted further.

“Bill Barr is serious about making sure we reset and reestablish the reputation of the FBI and the Department of Justice, and I can tell you that, unless someone actually goes to jail, most [Americans] will think that accountability didn’t happen,” he told Fox News.

“But I believe, based on the documents I’ve seen, that crimes were committed and people need to go to jail,” he added.