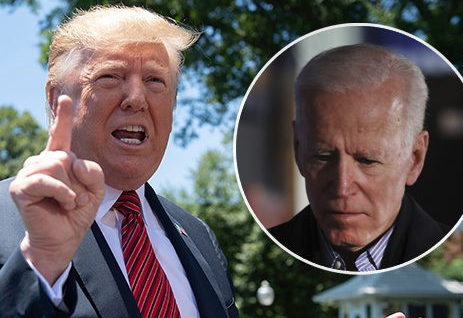 “Joe Biden thought China was not a competitor of ours. Joe Biden is a dummy,” Trump said.

He accused the Obama-Biden administration of allowing China to drain the United States economy on their watch.

Trump also hit Biden for his family’s financial ties with China, referring specifically to the investment made by the state-owned bank of China into Hunter Biden’s firm while his father was vice president.

“They ate us alive and then Biden has some kind of relationship financially or his son with China?” Trump asked. “Tell me about that! Because China ate the United States economically and it’s a shame.”

The president commented on China and Biden as he left the White House Tuesday for a trip to Iowa.

Both Trump and Biden plan to address Iowa voters on Tuesday evening.