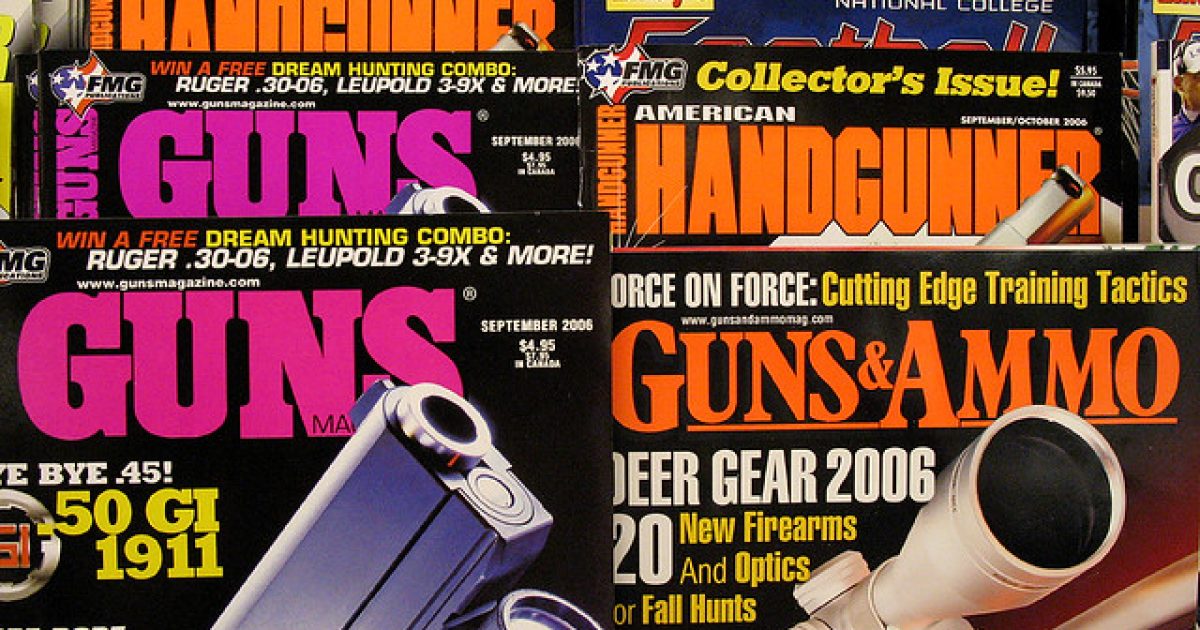 Firearms magazine Guns & Ammo reports that it is being excluded at newsstands across the country.

In a recent post, Eric Poole claims that the magazine’s offices “have been flooded by letters and emails from readers who have alerted us to the removal of firearm magazines.”

A subscriber by the name of Timothy Miller claims that “Here in Kentucky they have pulled most firearm magazines from their shelves. I wrote an email to Kroger, but never heard back. Fortunately, I subscribe.”

A year ago Kroger Company announced that it will no longer be stocking magazines that feature so-called “assault weapons.”

Poole notes that “Guns & Ammo, Shooting Times, Firearms News, Rifle Shooter and G&A special interest publications such as Book of the AR-­15 are among those affected. Gun publications from other publishing groups have also been exiled.”

The Guns & Ammo editor understands what’s truly at play. Poole stated that “This exclusion is the result of pressure from gun prohibitionists and new advocacy groups using their influence to affect our daily lives.”

Because of the company’s anti-gun actions Poole and his wife have decided to boycott Kroger.

These types of anti-gun behavior from corporate America is nothing new.

Political realities have prevented anti-gunners from implementing gun control at the federal level. So, they have focused more on the state level in recent times.

But they have not stopped there.

Now, they’re pressuring corporations across the nation to implement anti-gun corporate policies and even break ties with gun organizations.

This new battle in the boardroom represents a novel challenge for gun rights activists.

They are now dealing with an emboldened opponent that is willing to use unconventional tactics to advance their agenda.

Lest gun owners adapt, they could see themselves shut out from the normal economy and unable to conduct basic business operations.