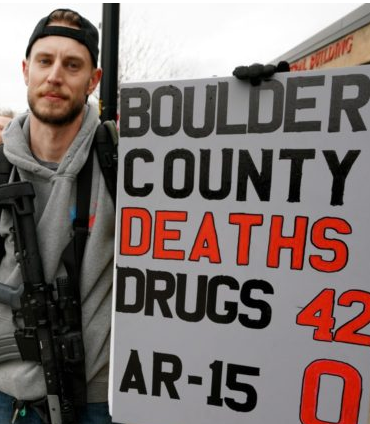 His plan rests on a forced buyback of AR-15s and other commonly owned semiautomatic rifles.

Swalwell has been pushing this confiscatory gun control for over a year. He initially intimated the government could nuke Americans who refused to comply with the plan, then softened the punishment by telling CNN’s Jake Tapper that the non-compliant would simply face jail time. He also added a third option, indicating that those who did not want to give their guns to the government could instead deposit them at a hunting or shooting club.

His latest tweet on the subject makes clear criminal prosecution awaits those who do cooperate withe the ban:

On June 17, 2109, Breitbart News reported Swalwell gave a gun control speech that attracted 18 listeners. His confiscatory AR-15 gun control was front and center, but he also pushed a gun registry, a 48-hour waiting period for gun purchases, a ban on bump stocks, suppressors, and “high capacity” magazines, as well as a host of other controls.

Swalwell is also pledging a federal ban against allowing teachers to be armed for self-defense.