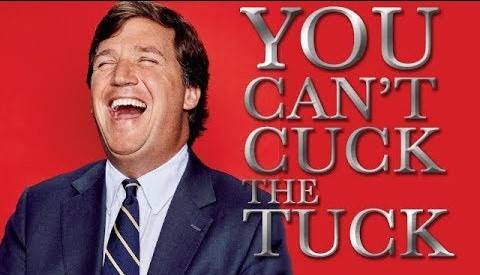 While Tucker Carlson was working overtime encouraging President Trump not to go to war with Iran, antifa was busy putting up posters smearing him as an “alt-right racist” and sharing his family’s home address throughout Washington, DC.

As I reported over the past week, Tucker Carlson not only spoke out against the prospect of a war with Iran on his show but also allegedly spoke privately with President Trump and told him not to go to war with Iran.

His effort was successful (at least for the time being) with President Trump deciding not to strike Iran late Thursday night and it caused the establishment’s cronies to throw a fit.

As Tucker was working to prevent World War III, the antifa group “All Out DC” went to work attacking him and shared posters like the one below doxing his family’s home address.

They put the posters up all around DC and Twitter is allowing them to stay on the Platform. pic.twitter.com/iUQFwqCJUE

Though the supposed pretext for sharing these signs was to protest a July 4th “Demand Free Speech” event, Tucker is not even an attendee.

Interestingly, the group don’t appear to have directed any of the same hatred towards Sean Hannity, who at the same time Tucker was speaking out against war with Iran was telling his viewers that Trump needs to “bomb the hell out” of Iran or else it’s mathematically guaranteed there will be another holocaust.

Late last year, the “All Out DC” affiliated antifa group “Smash Racism DC” doxed Tucker Carlson’s home address and showed up at night to threaten him and terrorize his family: