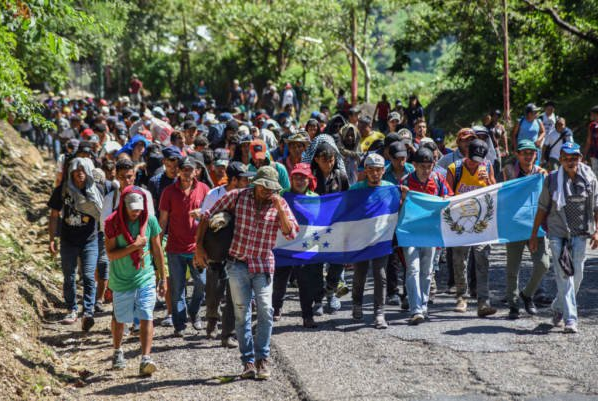 A Mexican newspaper has found that 61.5% of Mexicans want their government to stop allowing migrants from other nations travel through their country to get to the United States.

The number from ElUniversal’s June survey was a significant increase from the 49% who wanted to stop the flow of migrants in October 2018.

The newspaper also reported that the majority of Mexican citizens, 53.7%, do not support granting work visas to Central American migrants — a move that has been pushed by Mexican President Andrés Manuel López Obrador. Another 44.4% want illegal migrants to be immediately deported.

Over 90% of the people they surveyed believe that the US should be pressuring Central American nations to stop the flow of illegal migrants, instead of focusing mainly on Mexico.

In 2018, during the flood of Central American caravans crossing through Mexico to get to the United States, many Tijuana residents began protesting the migrants themselves.

Magdalena Baltazar, 40, who was out protesting, told the Epoch Times that they were insulted by the migrants disapproval of their culture and did not want to have to provide for them.

“They complained that the tacos, the tortillas with beans, are food for animals,” Baltazar said through a translator. “It is actually one of the foods that people here in Mexico have at home. How is it possible that immigrants come here to criticize Mexico’s food?”